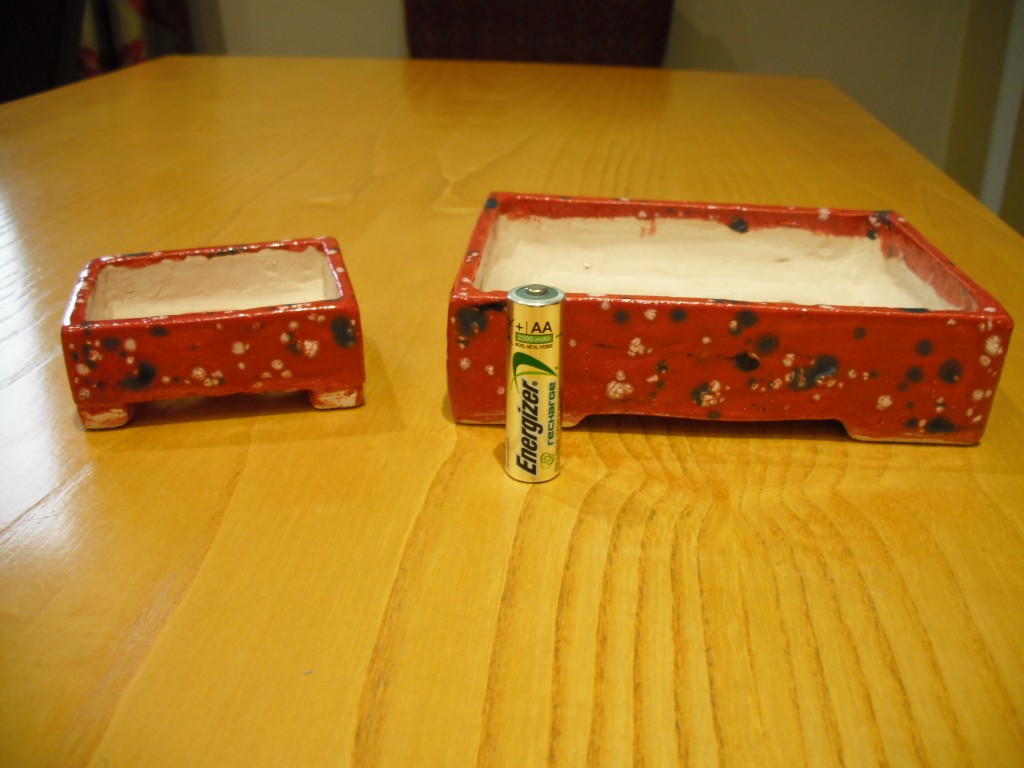 During a club Saturday workshop Reg helped us to make some small pots mainly for accents. We all then returned a few weeks later to glaze them, END_OF_DOCUMENT_TOKEN_TO_BE_REPLACED 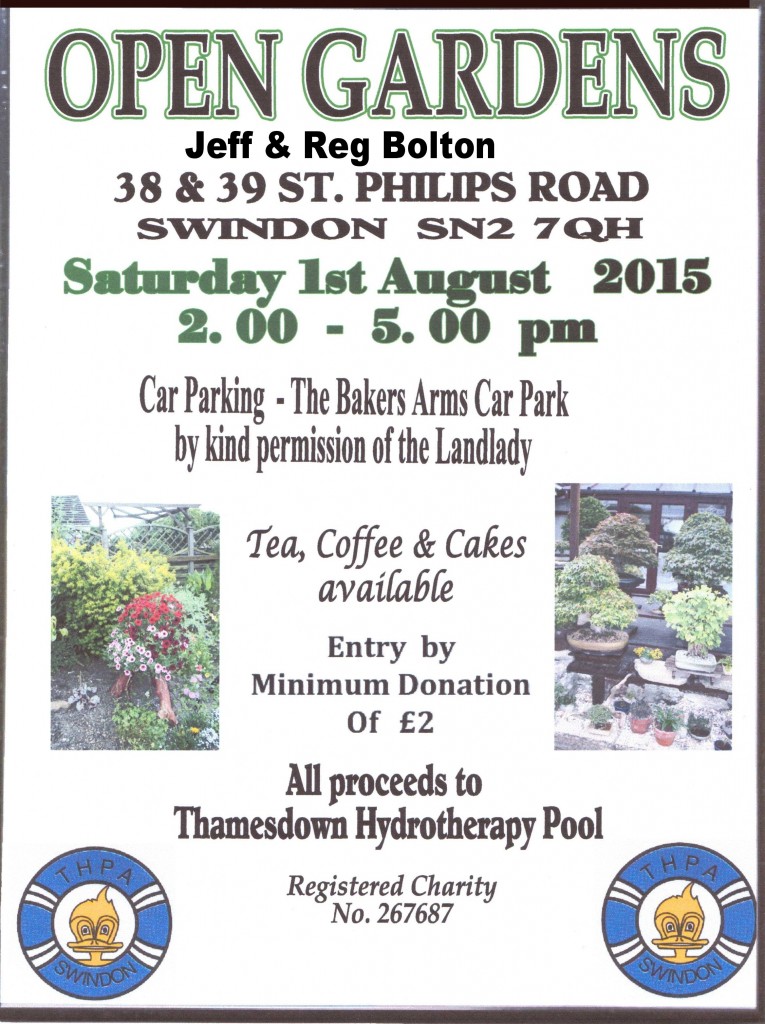 TWO gardens, one fruit/vegetables/flowers and one full of quality Bonsai – ALL in Aid of Charity. 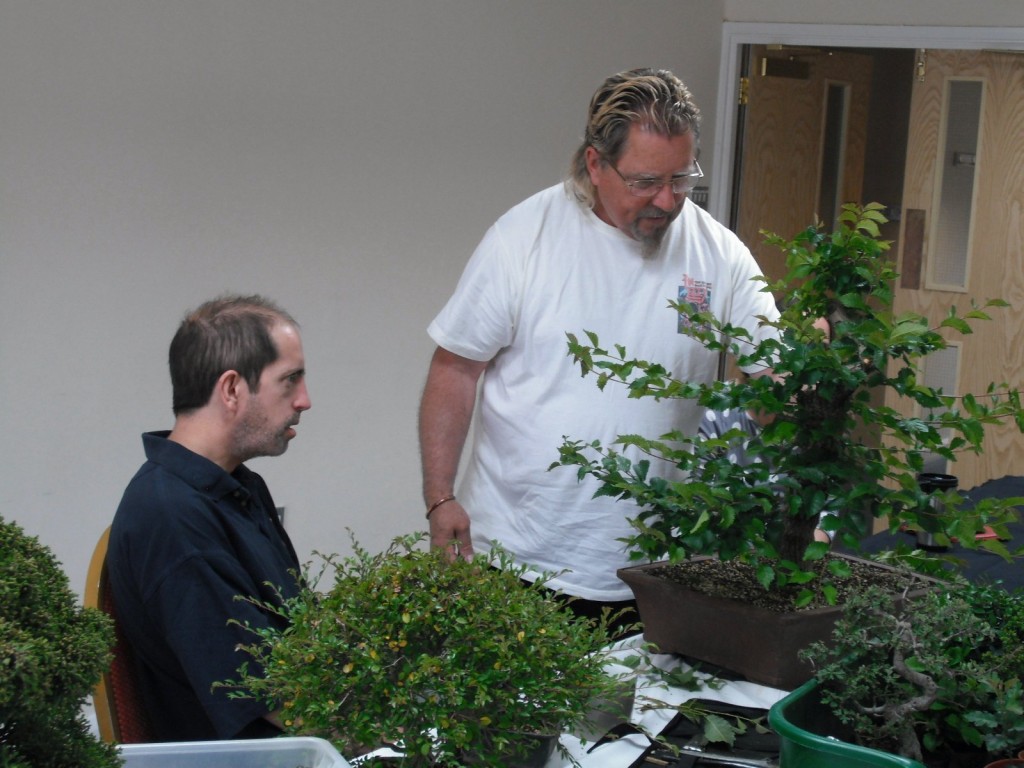 Following John’s ‘Gold’ medal successes at various shows, we were lucky to have him at the club for a day workshop on Sat 20th June 2015. Here are a few photos from the day. Many needed a good prune, shame I forgot to get some photos when they had been finished, but then we were all busy working!!! For John’s workshops see  www.mendipbonsai.co.uk

END_OF_DOCUMENT_TOKEN_TO_BE_REPLACED 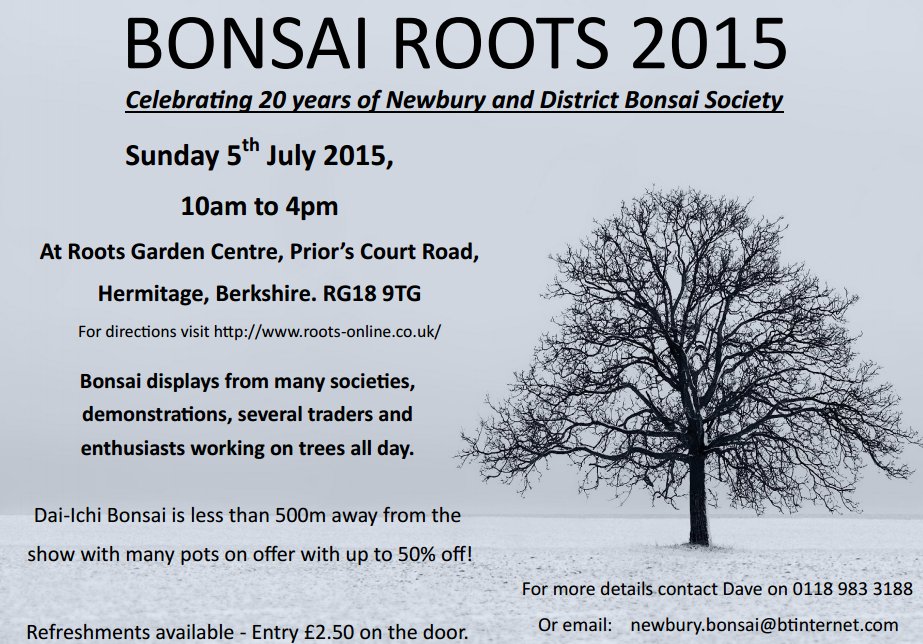 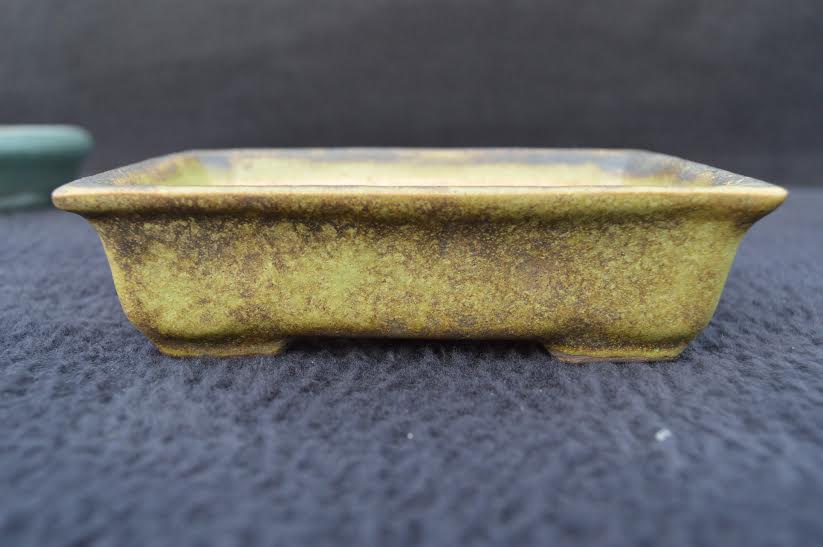 I have only just found out today that John Pitt Ceramics has been working on a NEW Range of shohin pots and they will be on show for the first time at the 2015 Swindon ‘Winter Image’ show on Sunday the 22nd Feb. It is explained in an earlier post that John is the main Award sponsor for the Winter Image show, so a great opportunity to see this new range. END_OF_DOCUMENT_TOKEN_TO_BE_REPLACED

GOOD NEWS – The bridge is open as works have been cancelled. So just ignore whats below………..see you all at the show

This information is for anyone attending the ‘Winter Image’ show on the 22nd Feb 2015.

I wasn’t going to post this just yet, but a number of people are already arranging their accommodation within the Swindon area and they may find this helpful.

It affects anyone attending the show venue, from the town side of Grange Drive. The railway bridge on the B4006 at Greenbridge, has been closed and will remain so until April 2015 while they renew and raise the bridge for the electrification of the main London railway system. There is a diversion signed, but it takes you back towards the town centre. See Map

The railway bridge on Ermin Street, which is off the A419 Swindon bypass, A420 Oxford Road junction is no problem and may be your best route to the show. It is controlled by traffic lights which keeps the traffic moving as it is busy at peak times. Luckily the show is on a Sunday as traffic is lighter.

Admission only £2, £1 for OAP and children

Loads of club/society displays and traders 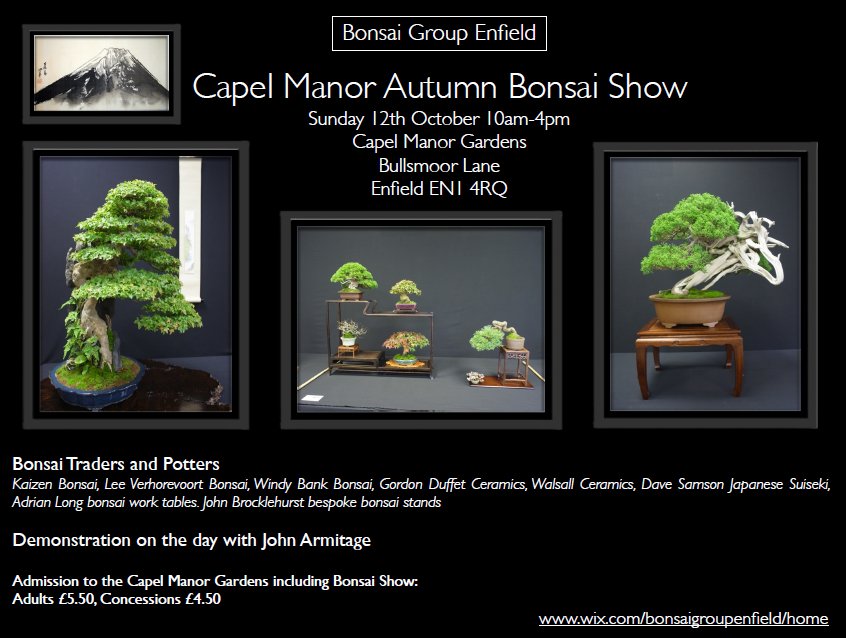 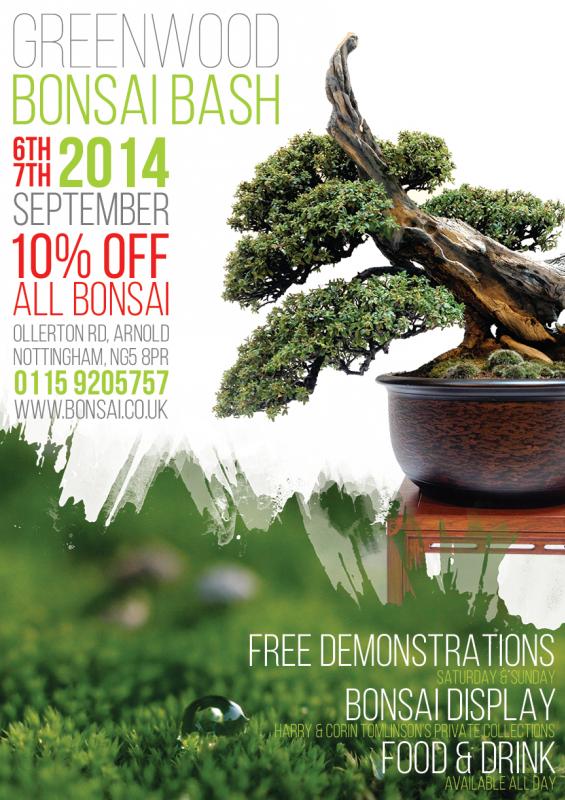 6th and 7th September. Free demonstrations on both days.

Bonsai displays of both Corin and Harry Tomlinson’s private collections of bonsai. Food and drink available all day. 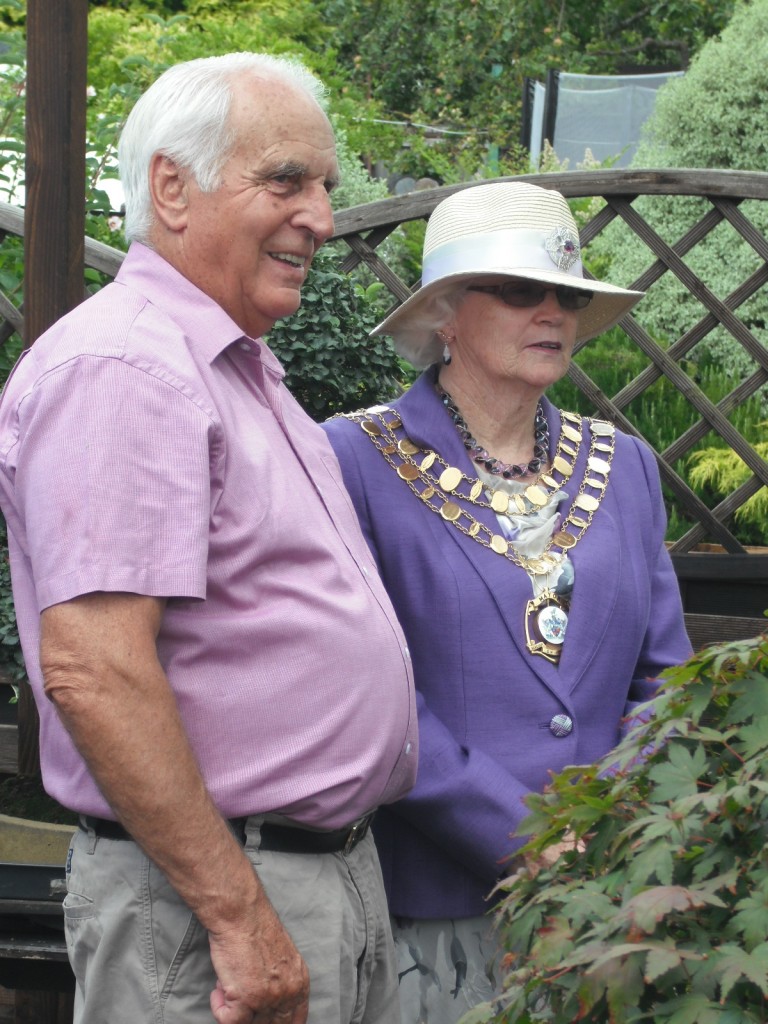 Several weeks of hard work by the two brothers, concluded yesterday with a great afternoon in the aid of charity. END_OF_DOCUMENT_TOKEN_TO_BE_REPLACED

We use cookies to ensure that we give you the best experience on our website. If you continue to use this site we will assume that you are happy with it.OkRead more