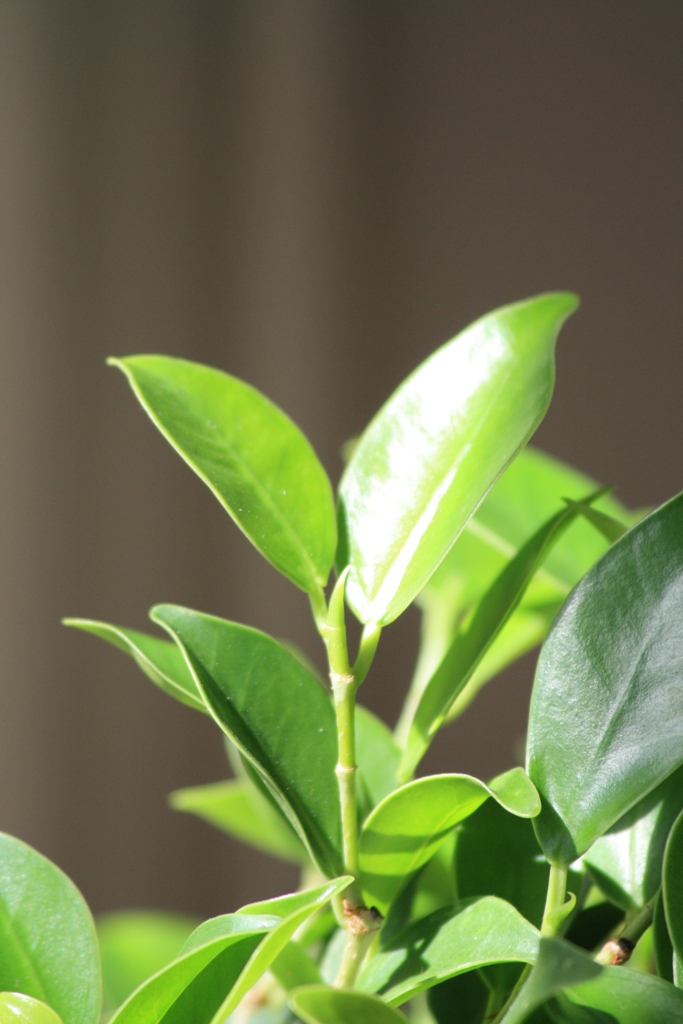 New shoots showing the stipule at the end of the shoot

For general pruning and to promote back budding on Taiwan figs I tend to prune back to behind new shoots (know as the stipule which is the point at the end of the shoot) and this helps if you want a denser crown with smaller leaves.

You tend to prune the whole crown, but if one side of the tree has a weaker or thinner section of leaves or branches, concentrate on the stronger side of the crown every pruning and on the weaker side every other pruning. If the leaves are predominately on the ends of the branches you can prune them back to one leaf per branch to shorten branches to restructure the crown. The reason for this is that if you leave a leaf on the branch a new shoot forms in front of that leaf. You can also prune back to the main trunk if the branch dies and hopefully new buds will break from the trunk and you can then select on of these to grow on to form a new branch. 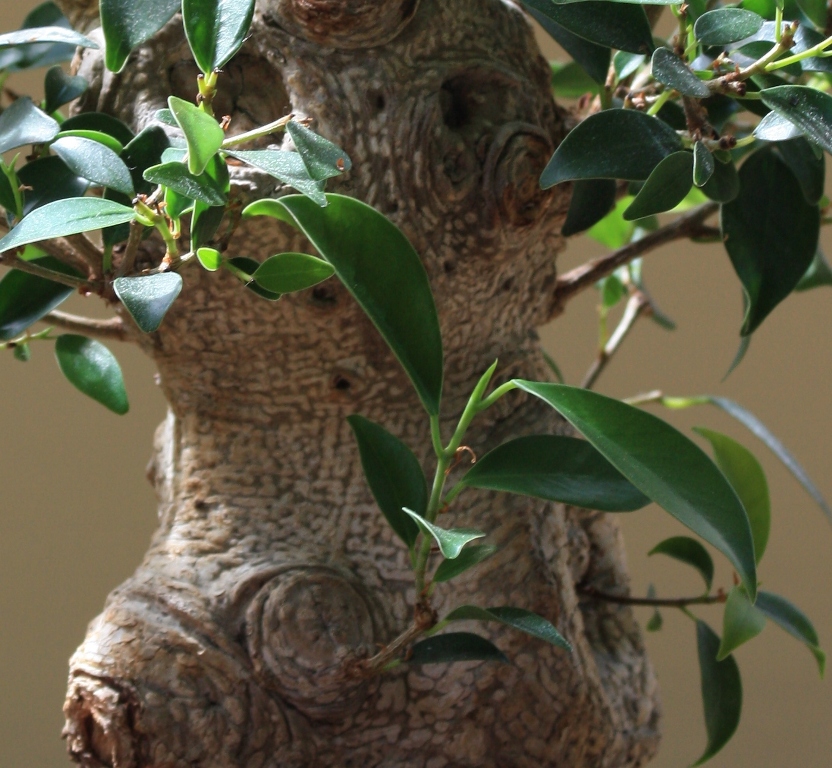 When you prune a fig the cut stem releases a milky sap (latex) but you do not need to seal wounds with cut paste unless you are removing main woody branches. If you want to slow the sap flow just apply water to the cut shoot end. After a short time the cut end will turn slightly black and seal naturally itself. You can see the pruned shoot tips in the following image. 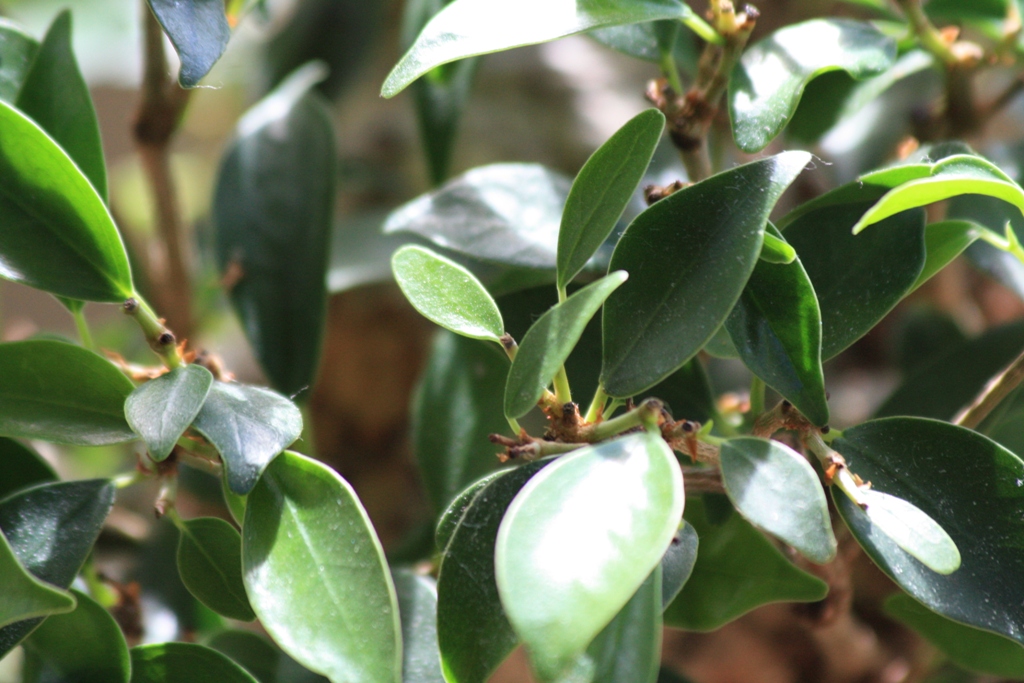 This fig is a Ficus microcarpa ‘taiwan’ and commonly referred to as the Taiwan Fig. It is often kept as an indoor bonsai due to requiring higher temperatures all year round. It is evergreen and therefore needs good light levels (south / south west window position ideal) in heated greenhouse or indoors. If your Fig tree is healthy it will tend to grow all year round and continue to produce a heathly set of leaves and put on a good level of extension growth. They are ideal trees to learn about pruning on due to the rate of regrowth. So do not be afraid to prune Fig trees regulary if they are growing well as this encourages further new growth and aids in reducing the leaf size and also increases the density of leaves in the crown and along the branches. 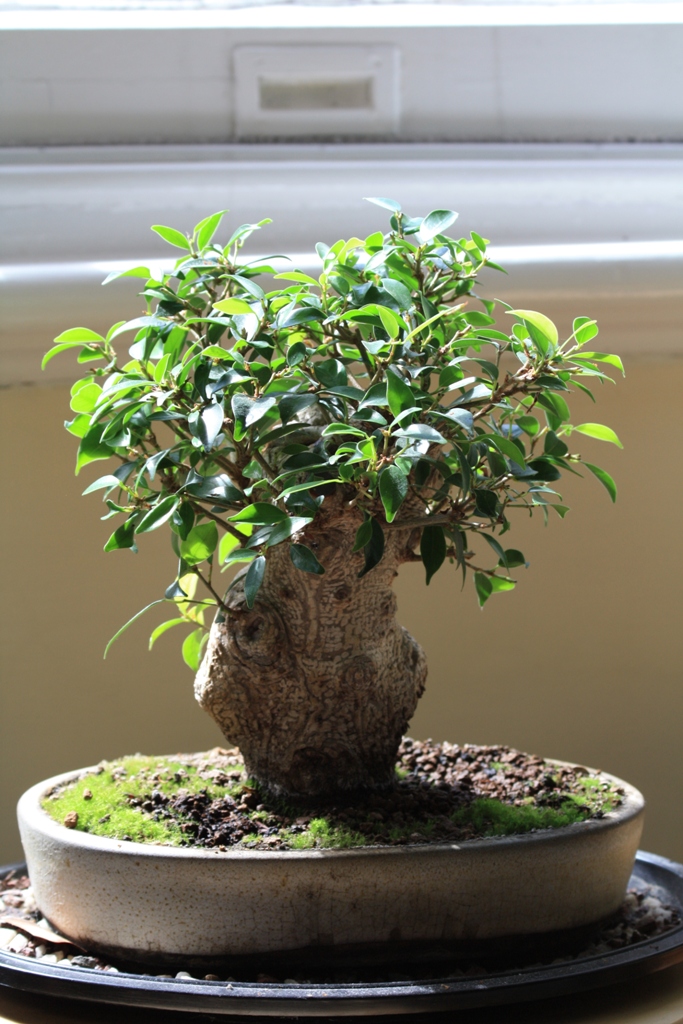 As I found out figs also tend to prefer deep pots due to their root development and so careful consideration should be given to the bonsai pot choice prior to carrying out perhaps extensive root pruning when re-potting as I have learnt. They also like regular watering, and I tend to water daily throughout the year even though they do slow down their growth rate during the winter due to lower light levels and cooler temperatures if kept by  drafty windows. 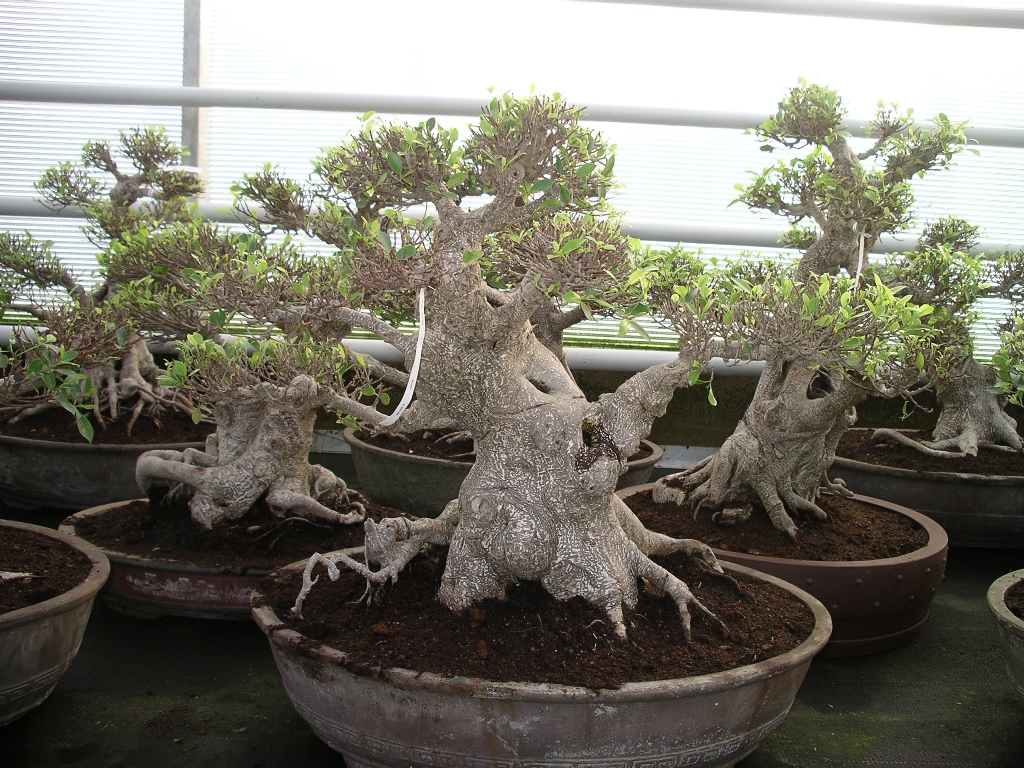 Examples of some fantastic figs available

There are many varieties of Fig available and in many sizes. Here is an example of fabulous looking Taiwan figs at Lodders Bonsai nursery in Holland. For more details on Fig trees have a look at a book called ‘Ficus the exotic bonsai’ by Jerry Meislik 2007 (ISBN: 0-974924-0-0) or visit your local Bonsai club or specialist bonsai seller for more information.