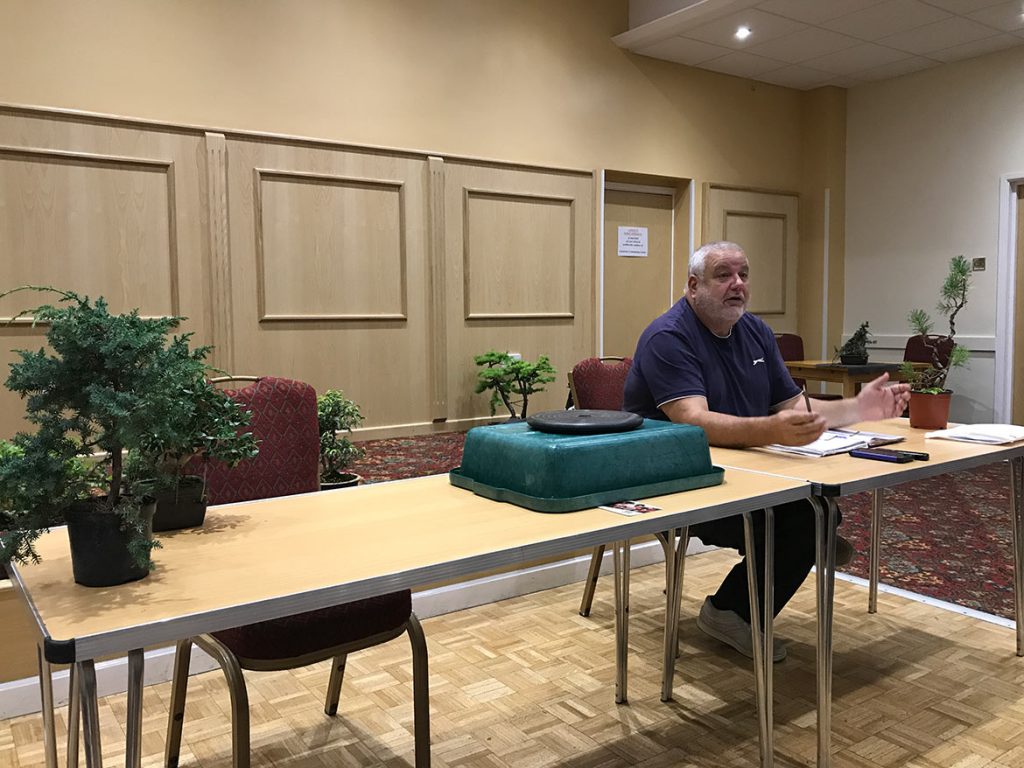 This month we held an open tree critique, and invited our members to bring in their trees for open discussion with new ideas, feedback and suggestions. These are usually bonsai you have but no idea in what direction it could be going in.

This is fun because we always get a real variation in quality and stages of development of our bonsai. Always interesting to see what our members bring in. 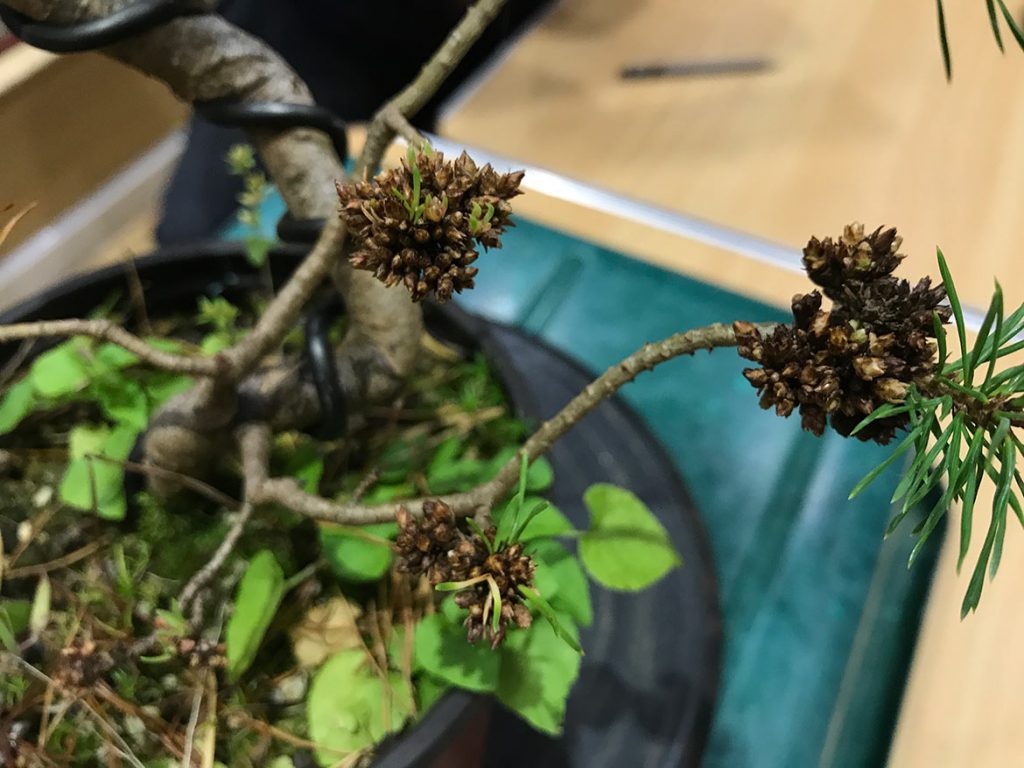 Diane brought her Scots pine which on the lower branches has either fasciation or witch’s broom, difficult to say which one without dissecting it to have a closer look. This is an abnormality in the plant world, and even more so on bonsai.

‘The term ‘Zapfensucht’ in German (cone proliferation) denotes an abnormal condition in which large clusters of cones form on the branches of conifers. This phenomenon is most familiar in Scots pine, in which as many as 250 cones can occur in a cluster. These, though, are borne at the base of the long shot where the male flowers normally develop. It is thought, therefore, that this cone proliferation is the result of a spontaneous alteration in the genome in which the female and male genres are interchanged. Thus, all the positions on the shoot normally occupied by male cones instead bear female ones.’ 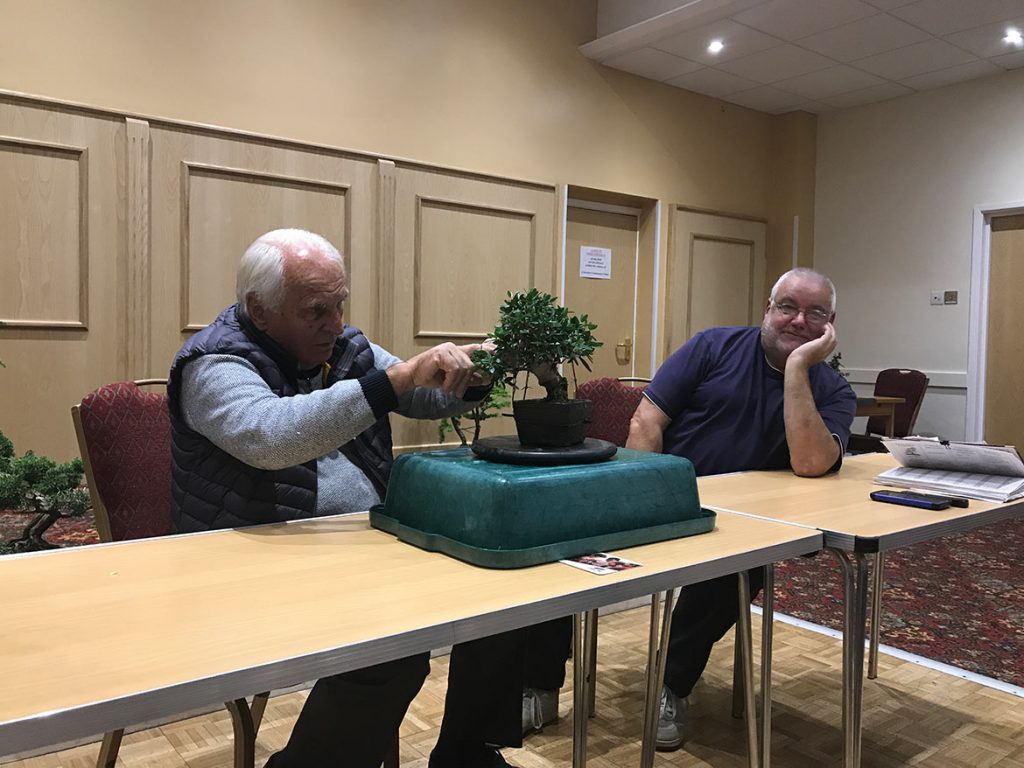 Reg gets hands on

Reg took a liking to Amelia’s shohin olive that she has been developing for a couple of years. 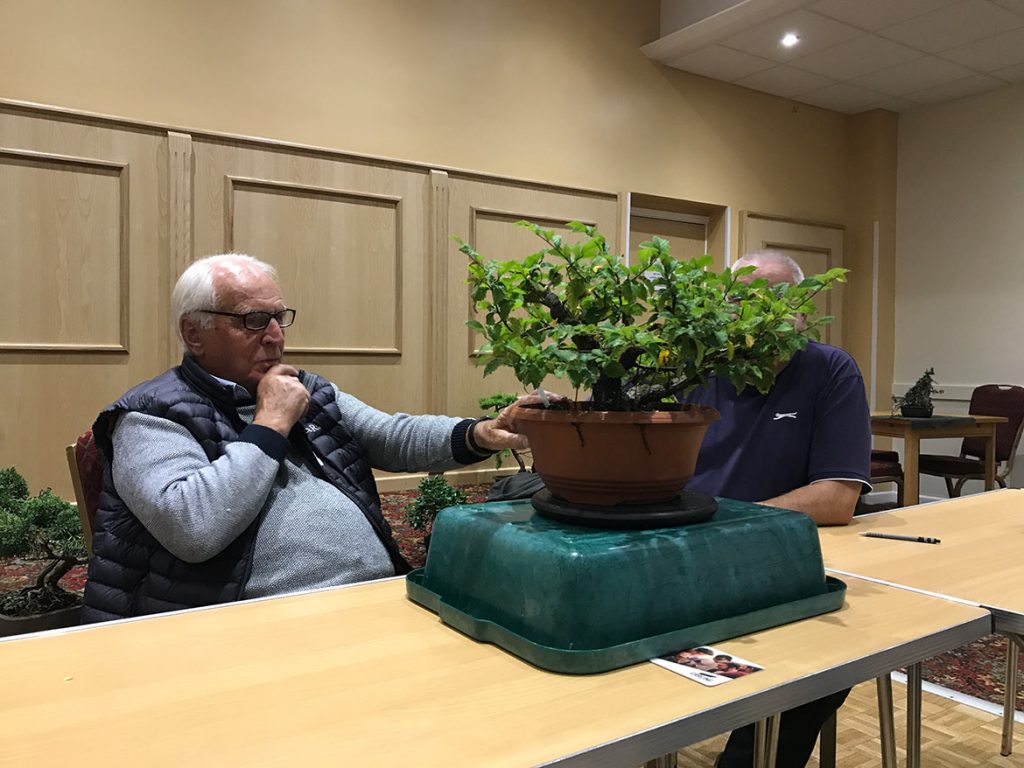 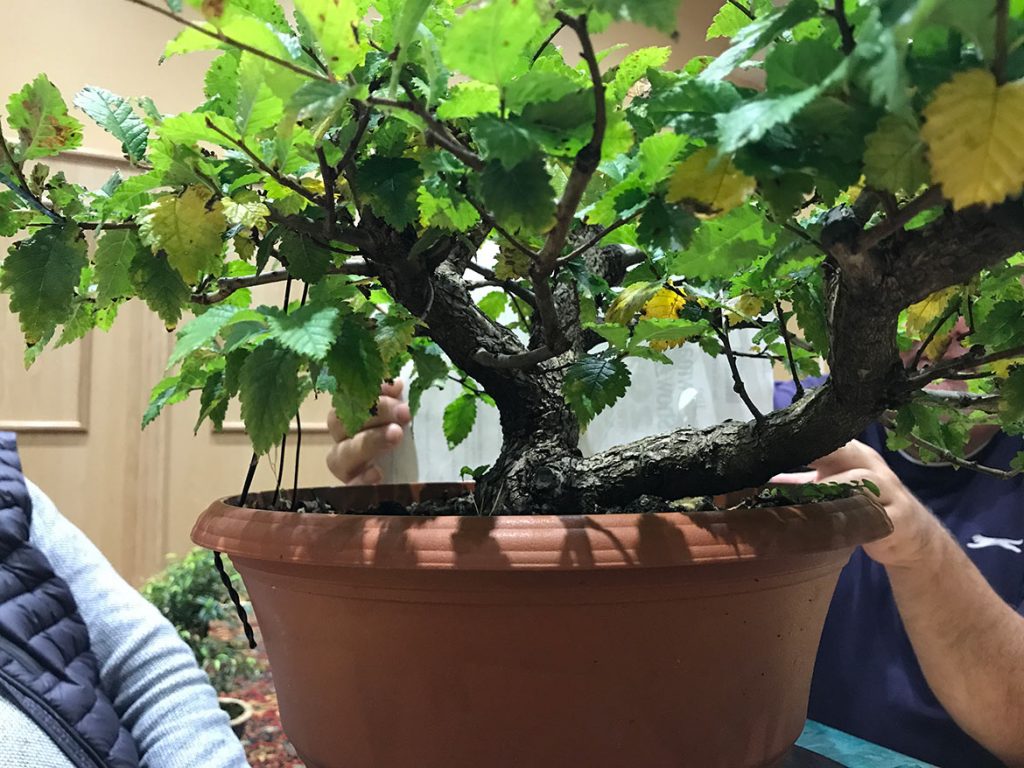 Some bits of material are trickier than others. 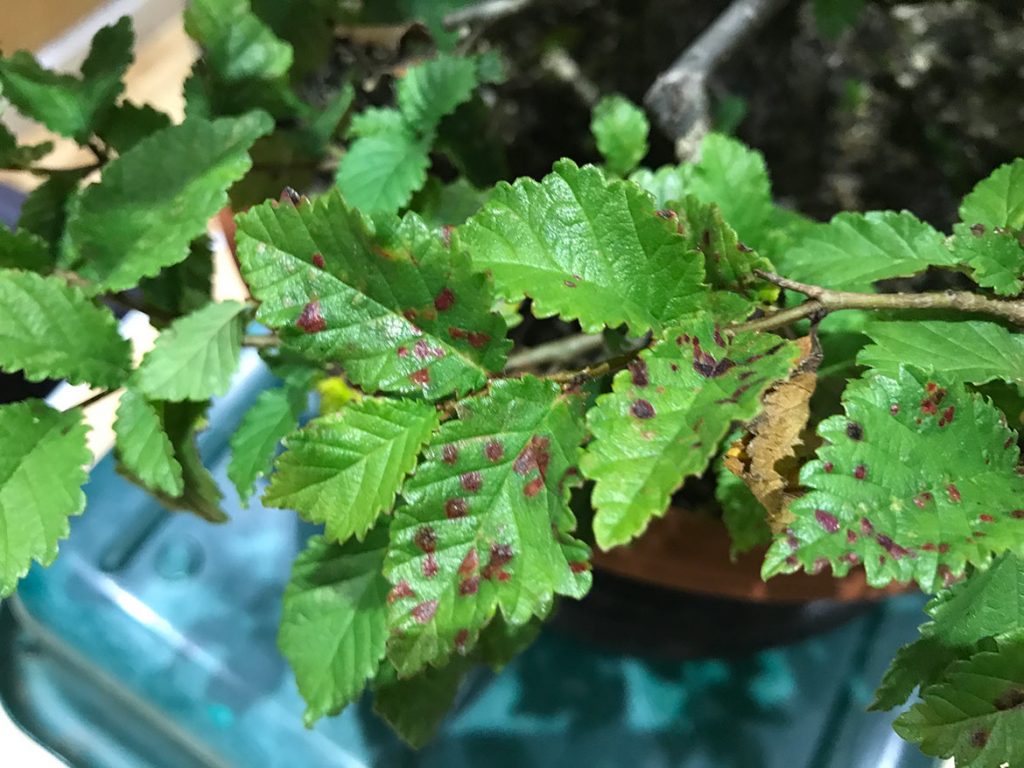 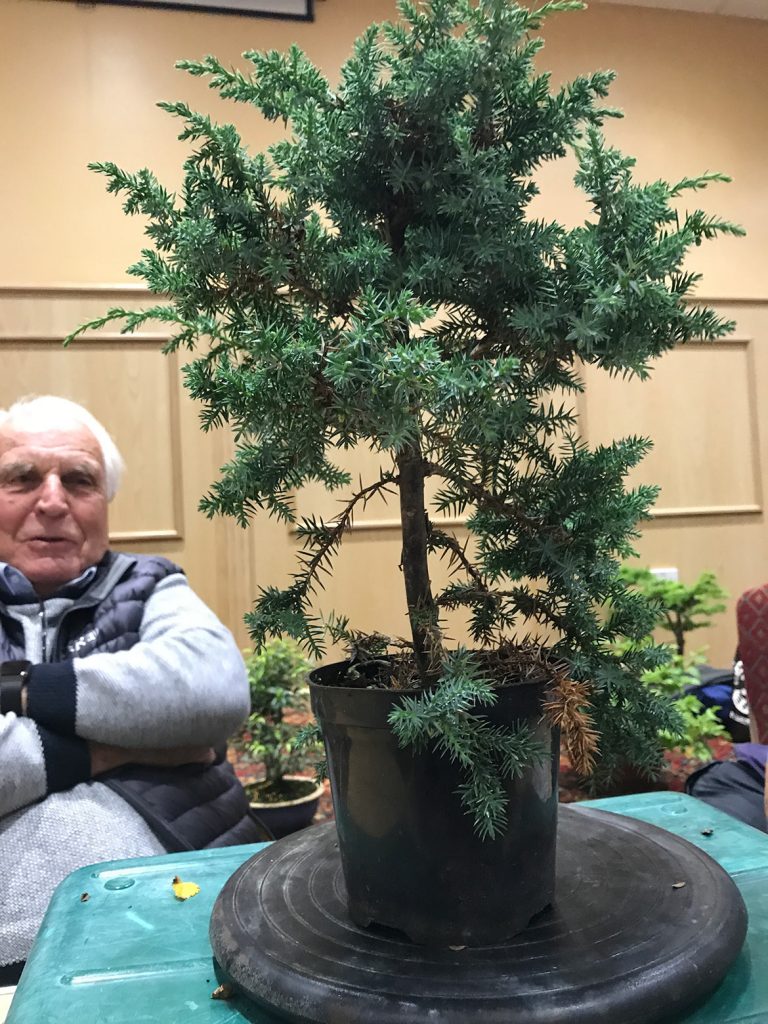 Juniper was meeting some resistance 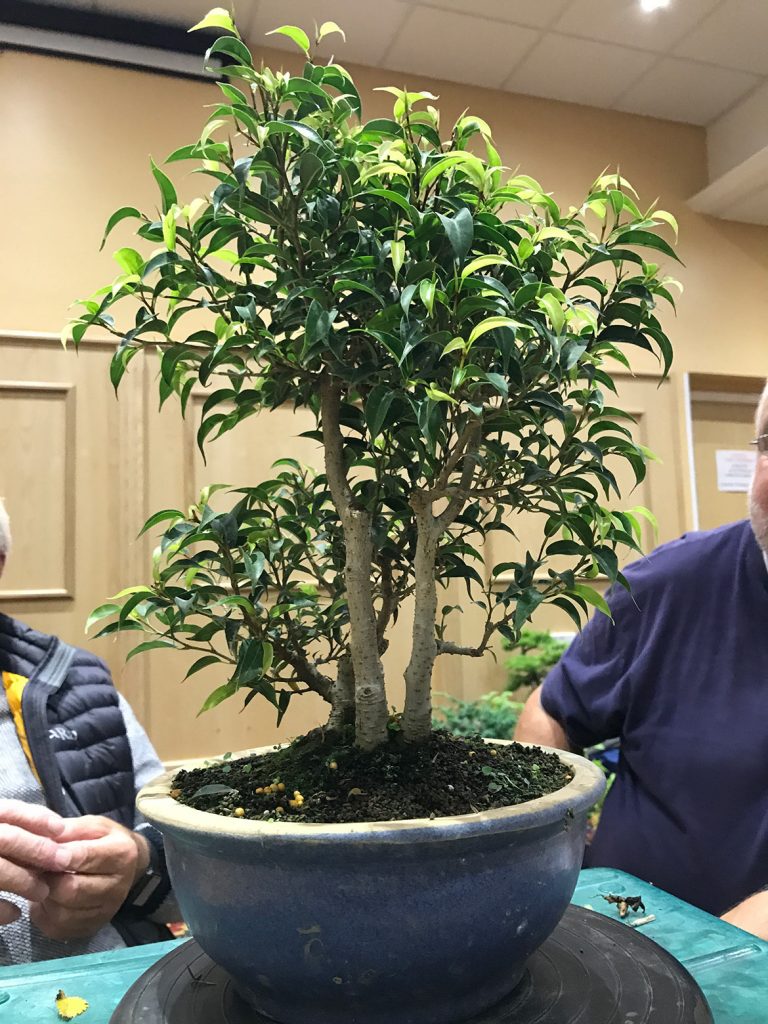 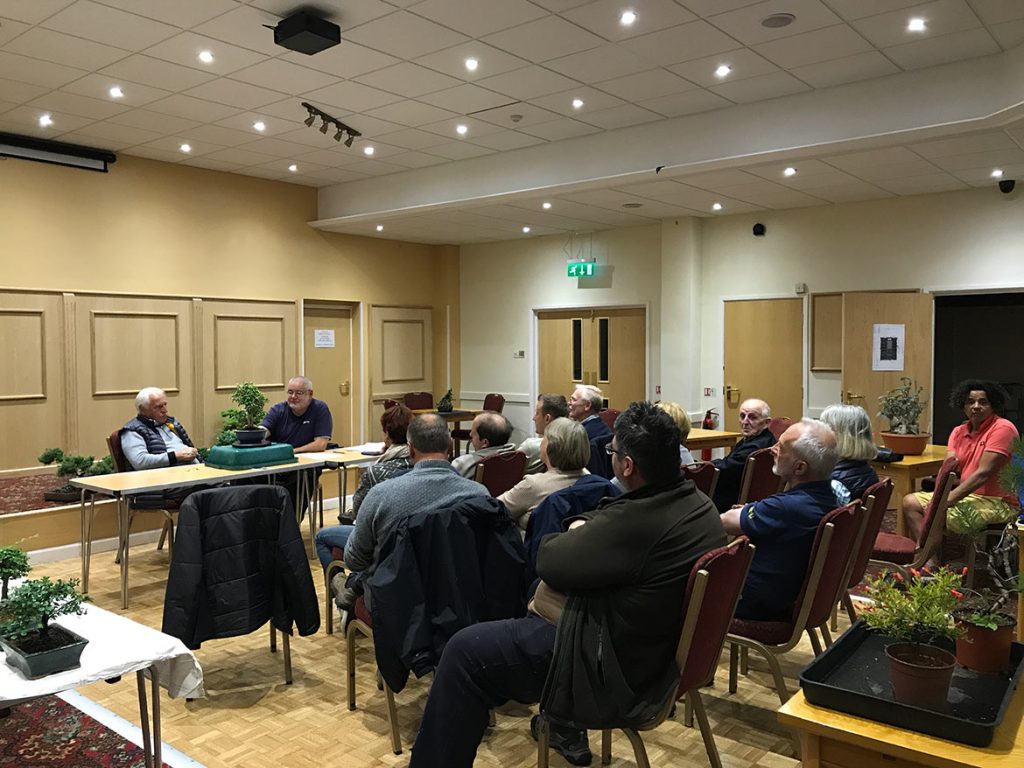 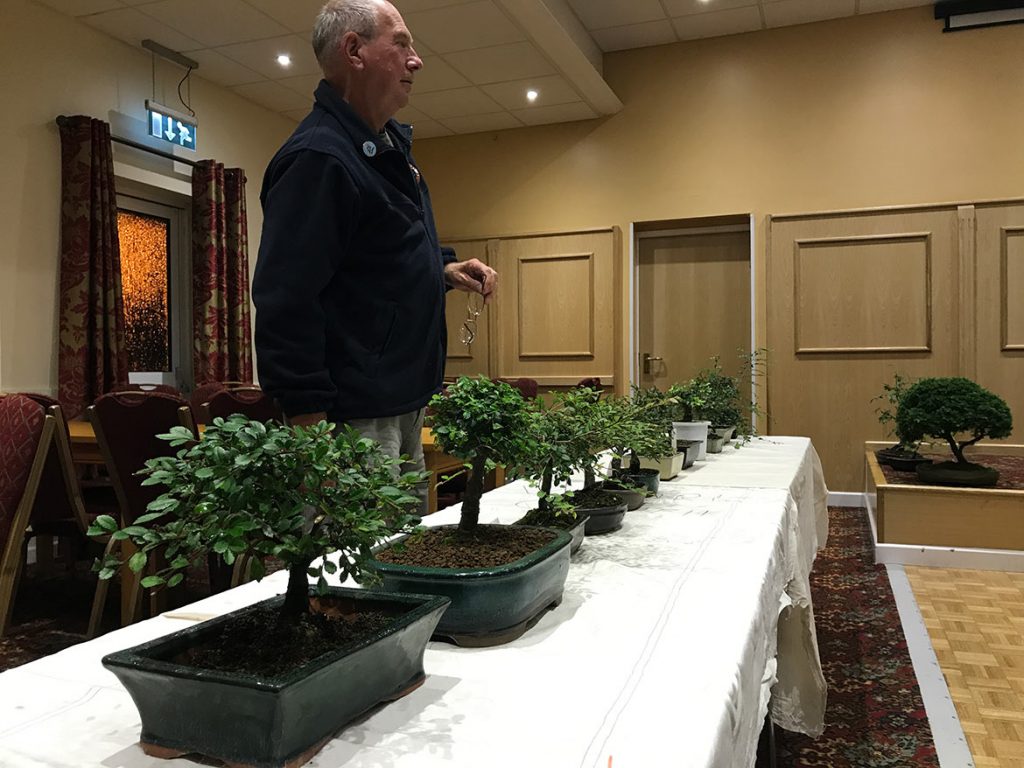 Currently, we are running a club project with Chinese elms. All bought from the same batch from Lodders Bonsai NL, members were supplied with one each and asked to develop it however they think best. It is already interesting to see what different approaches members take, and the results yielded. 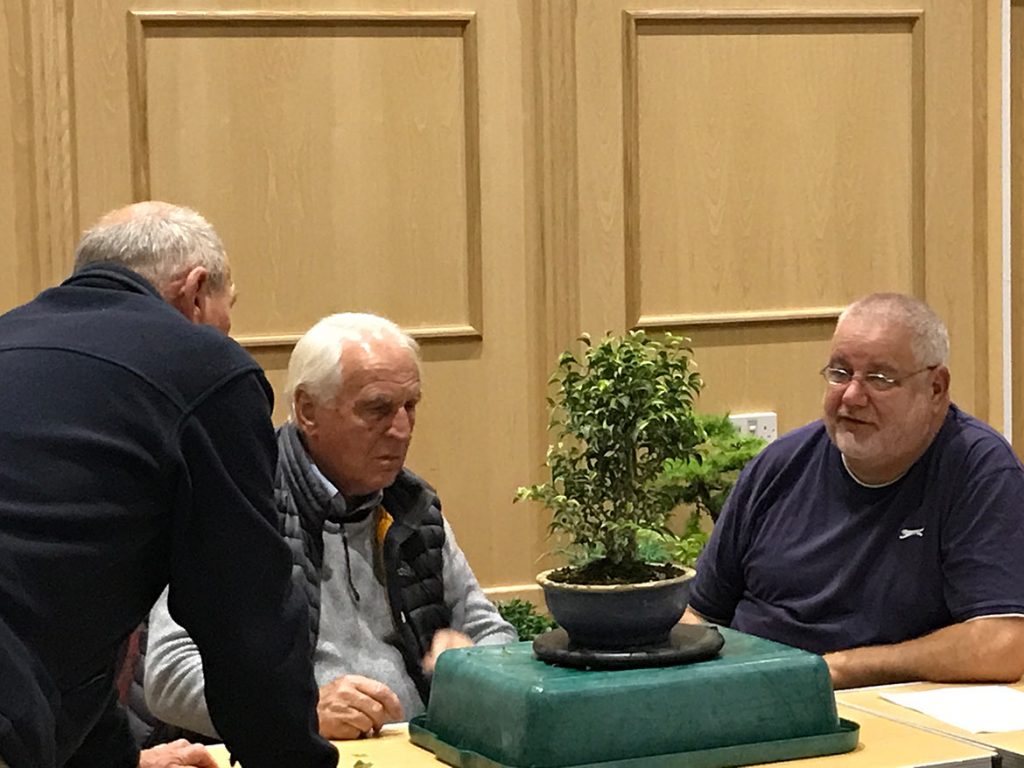 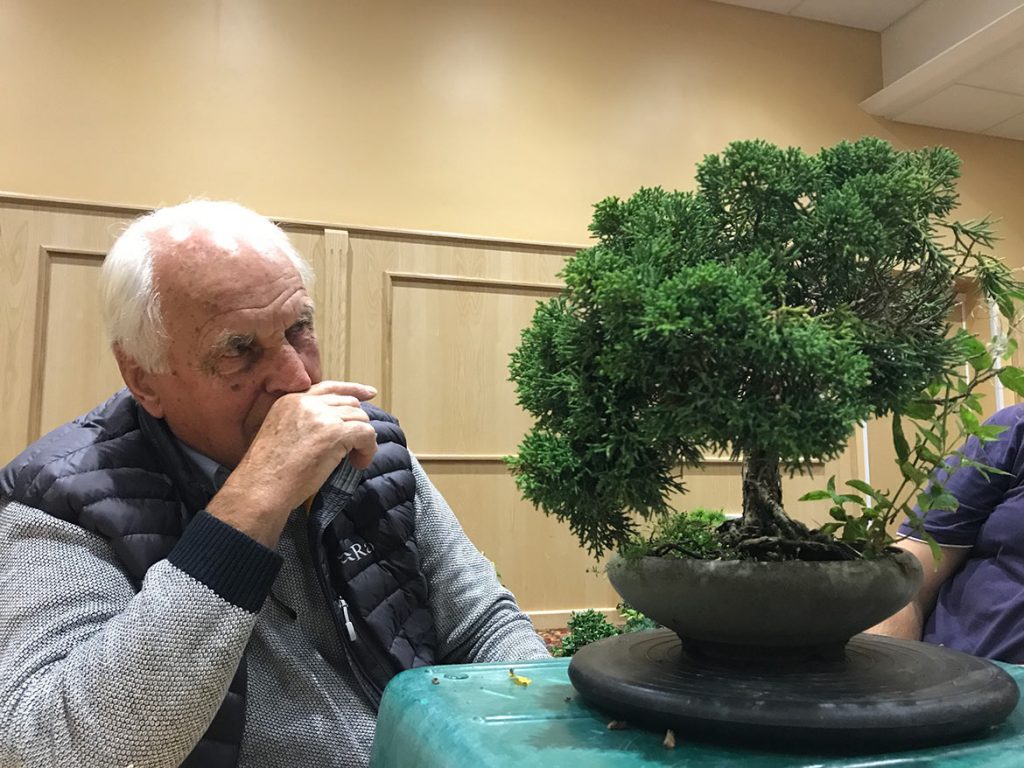 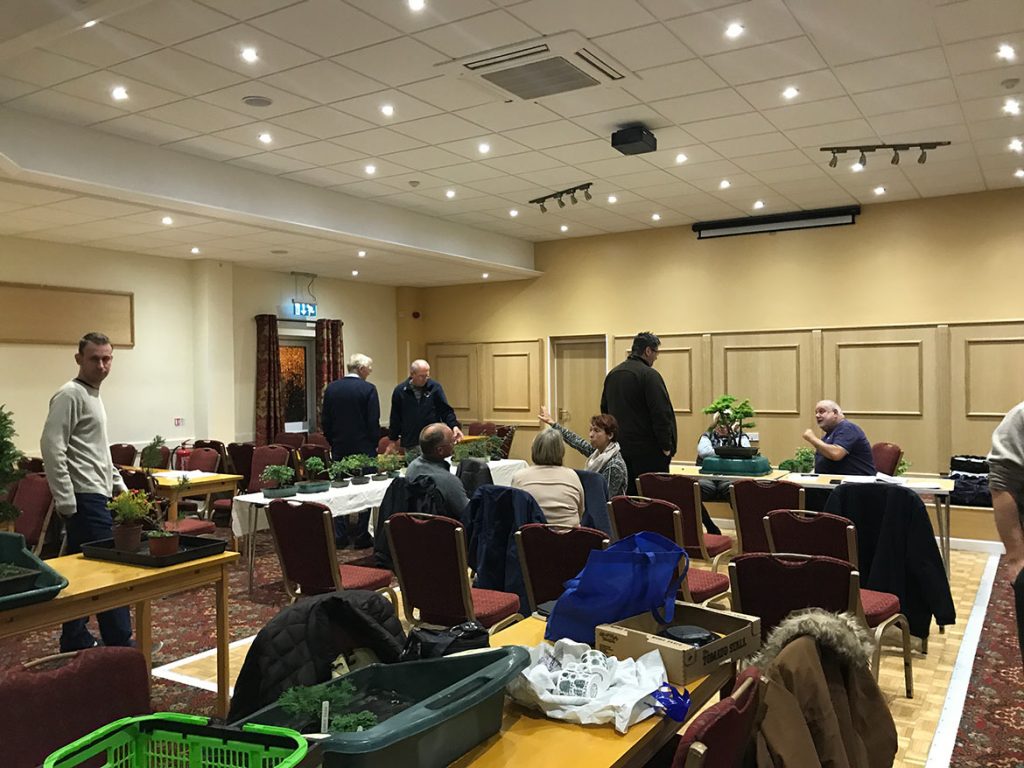 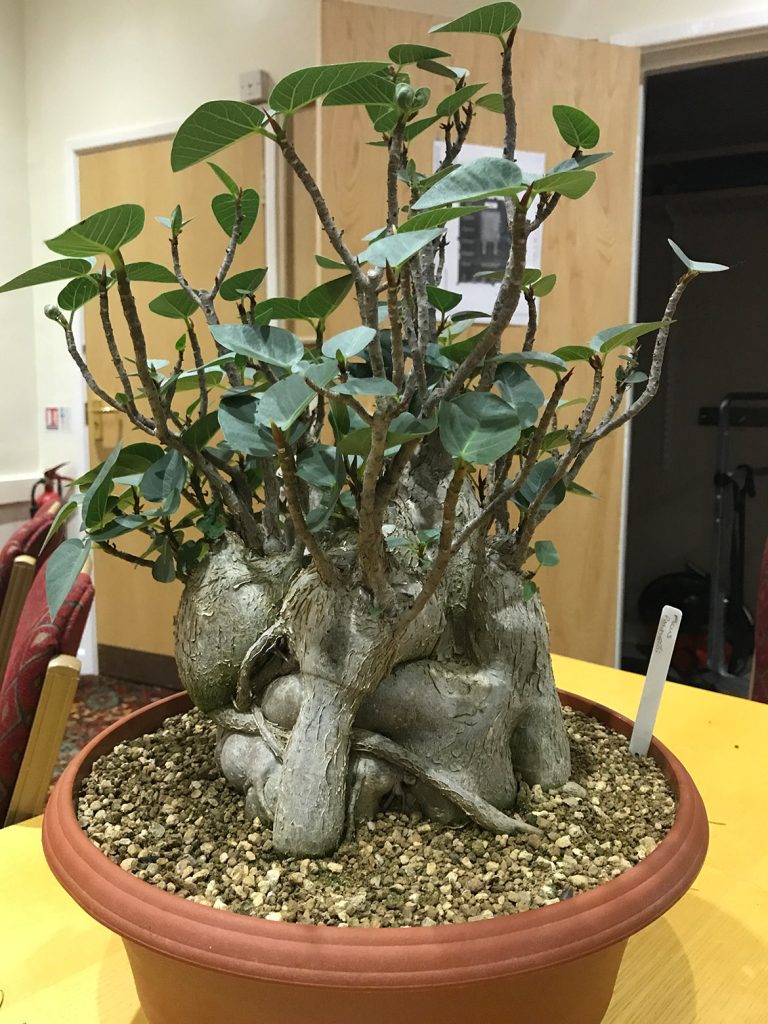 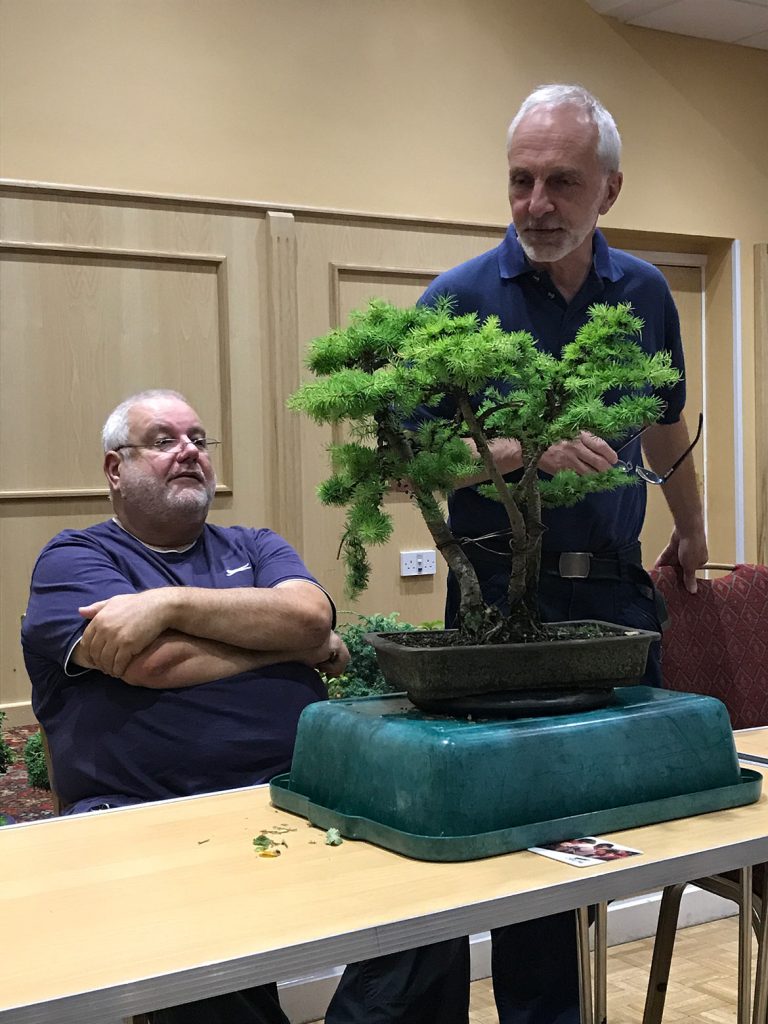 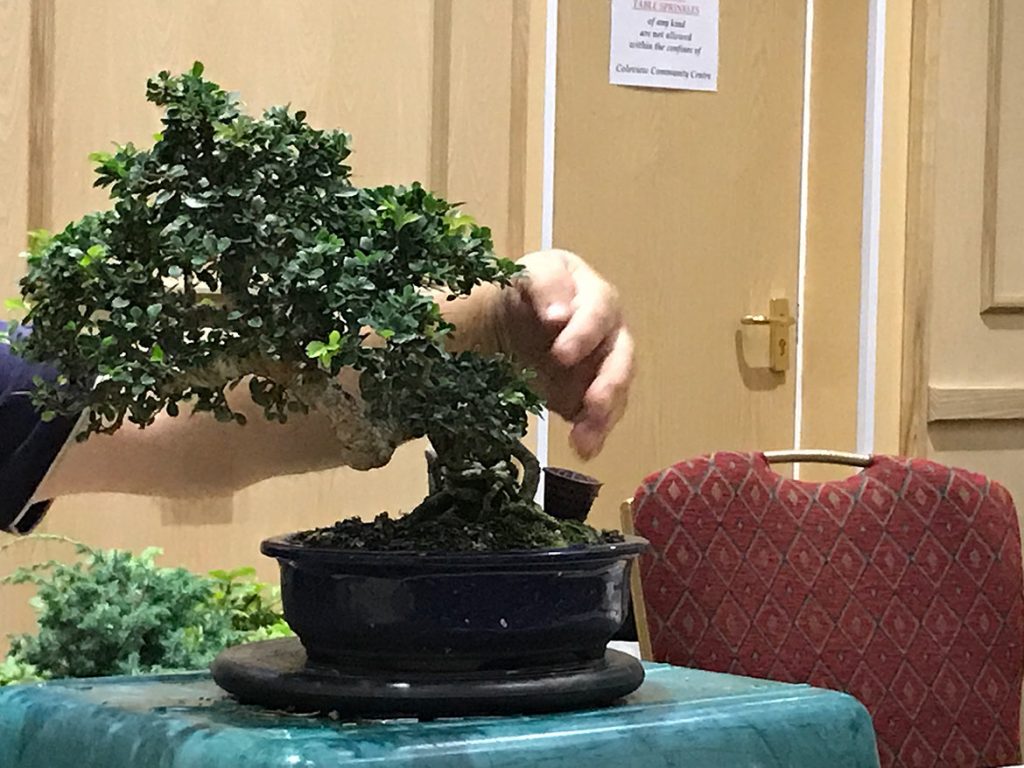 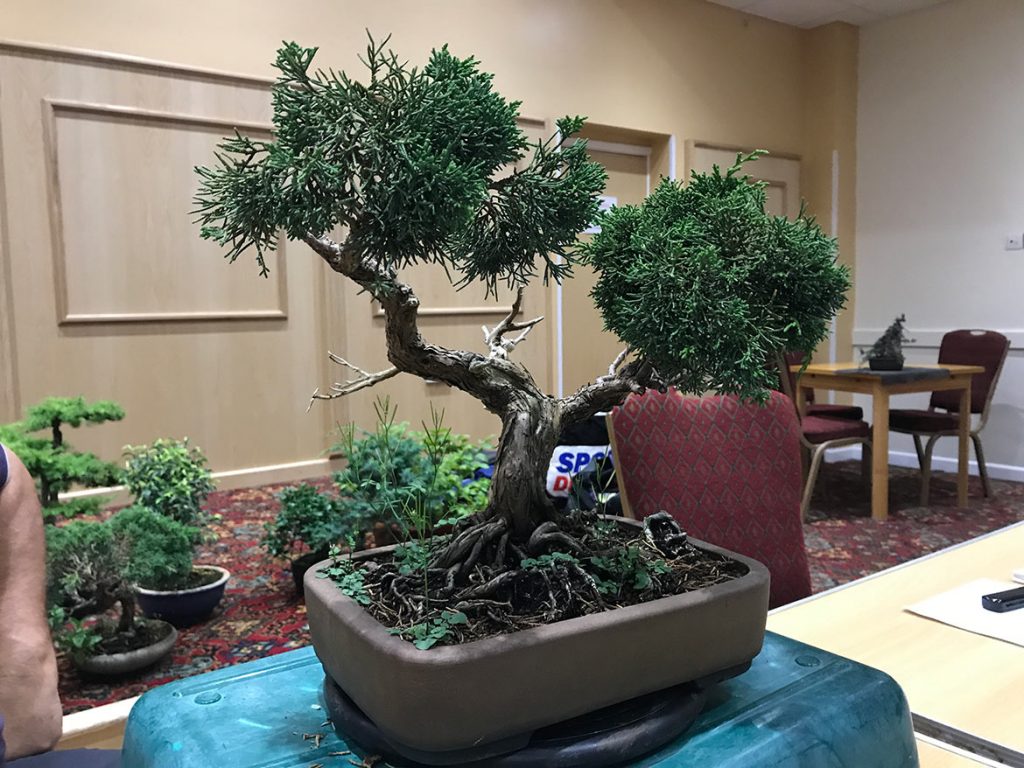 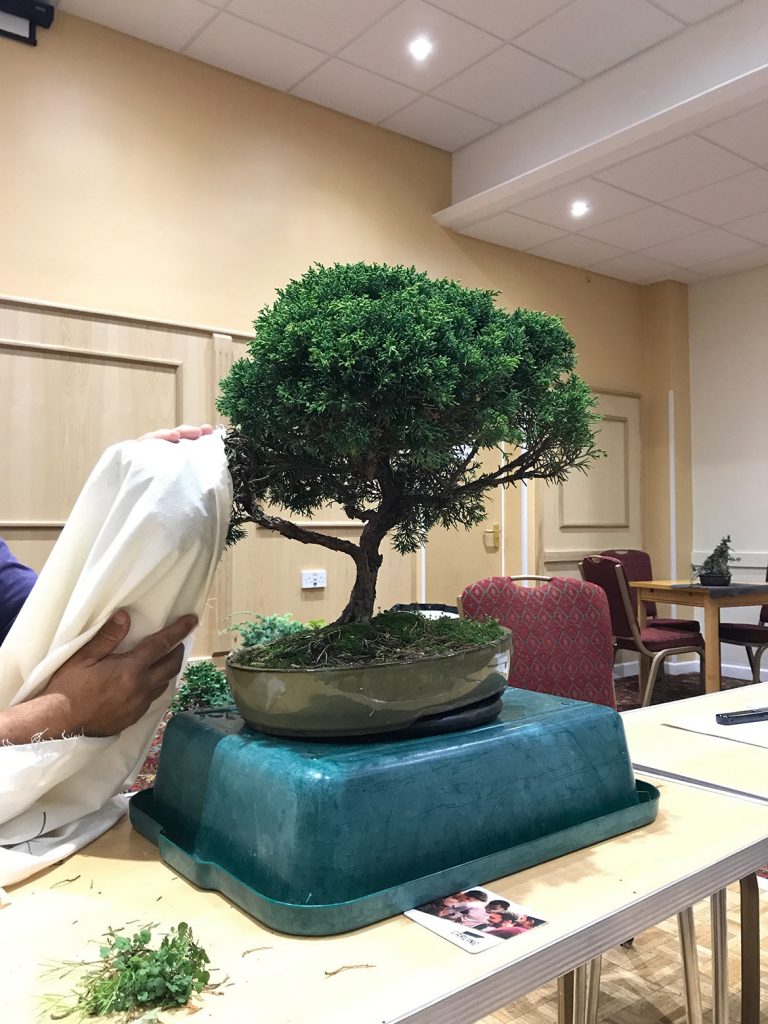 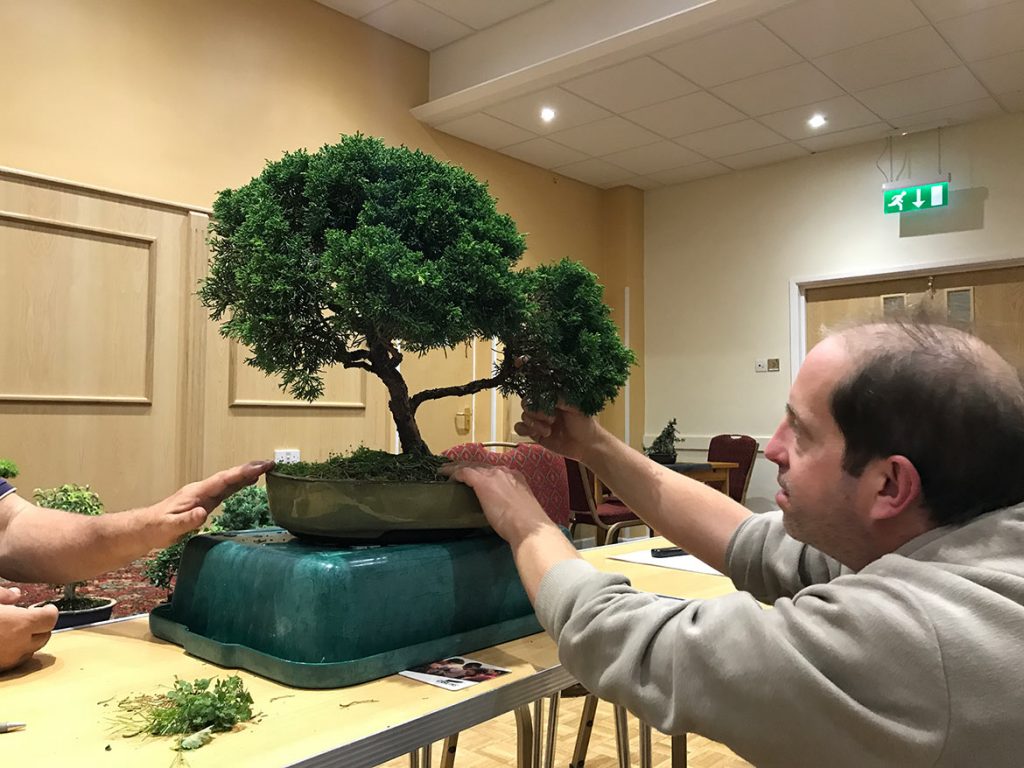 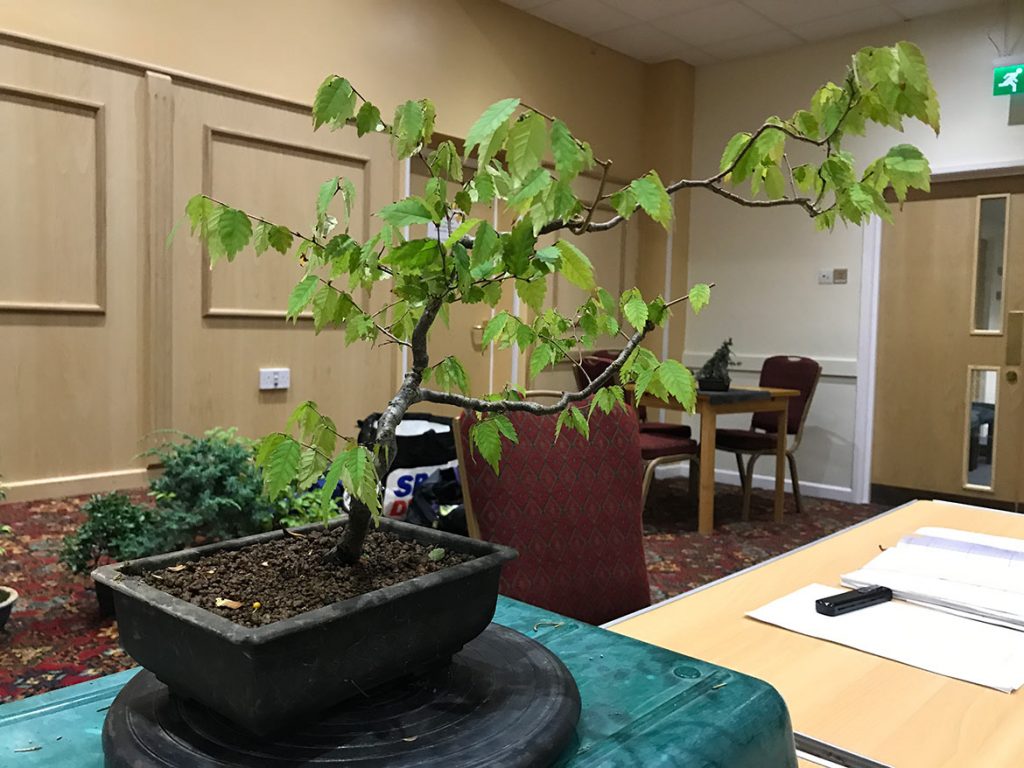 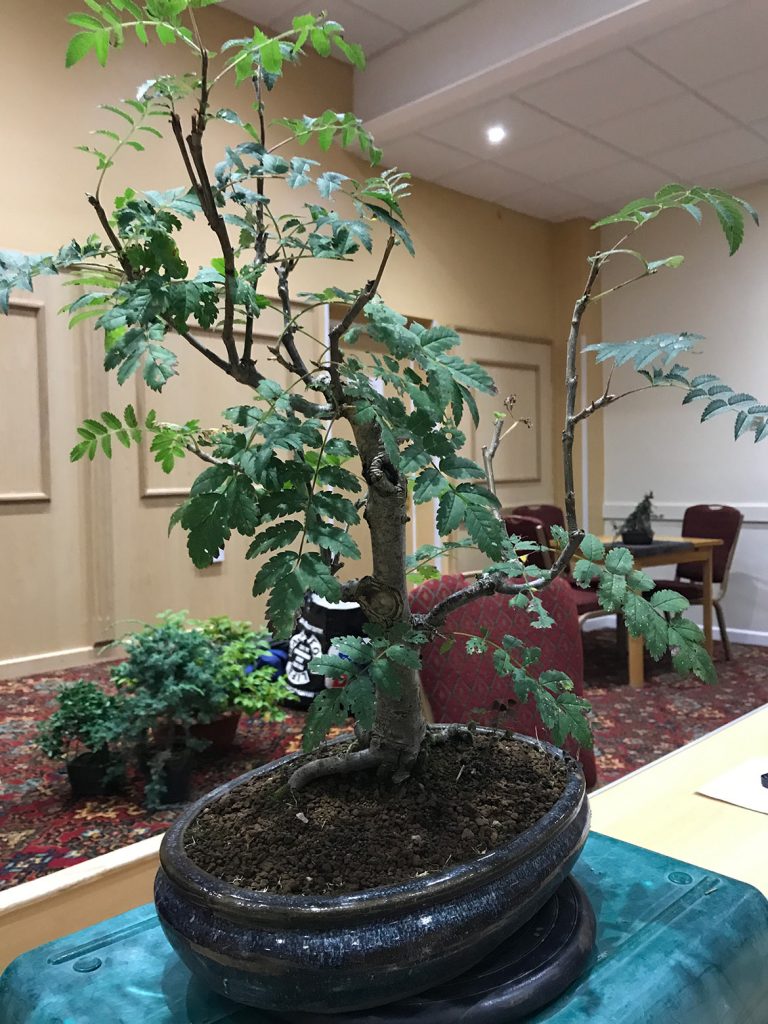