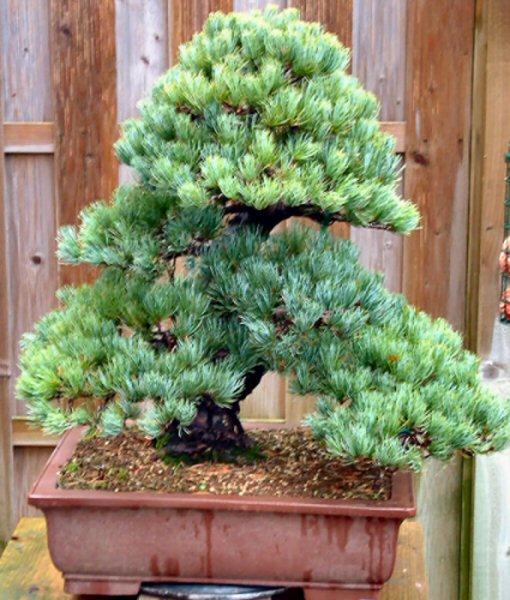 Here is one of our members White Pine trees and this is a brief series of pictures showing its development since 1995. 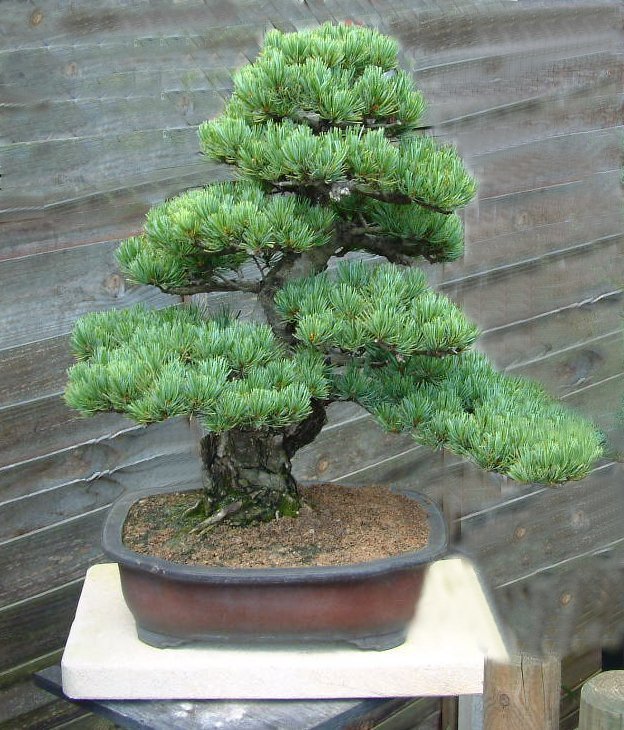 This White Pine was imported in 1995 by Dai-ichi Bonsai, the picture above was taken in 1999 and shows it in its original pot

The picture above was taken in 2001, the main work being carried out at this time was the shortening of the main branch on the right hand side, you can see the remaining stub

Also a branch was removed from the crown. The branch indicated by the arrow was made up of two branches, one of these was also removed. 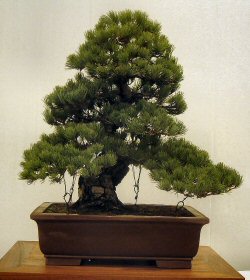 In this picture, taken in 2005, the tree has been repotted into the next size

The stub of the branch that was cut from the right hand side and another small section have been removed. A number of guide wires have also been attached to the lower branches to pull them down. 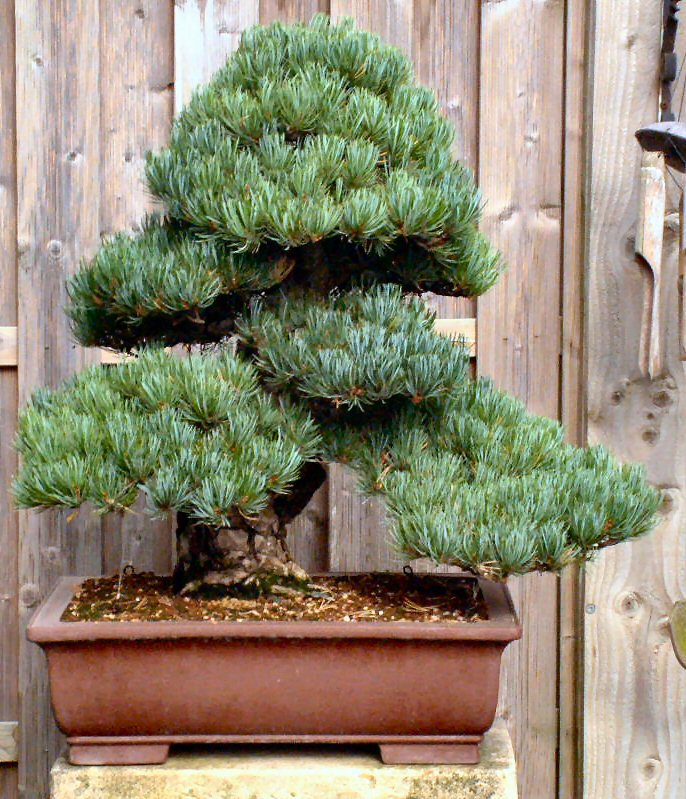 In this picture, taken in 2006, the steel guide wires have been changed for 30 lb fishing line, so that they would be less visible when it was exhibited