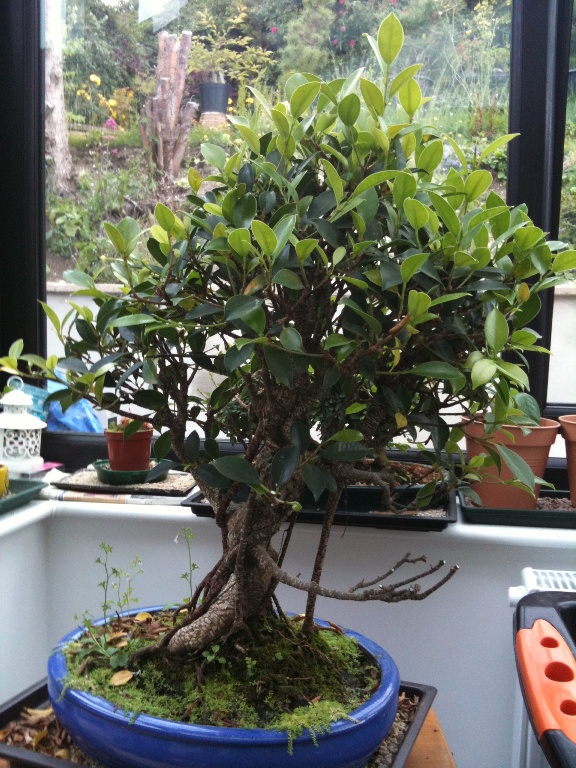 In June this year I noticed that the leaves on one of my Taiwan Figs were going yellow and usually this is part of the normal process of leaf shedding and renewal so I wasn’t overly alarmed at first. However, I began to notice that this was happening in greater quantities than normal and across the whole tree and this was more of a concern.

It also didn’t seen to be responding well to pruning and pushing new shoots following a recent tip prune that I had carried out in the previous month. Therefore I thought to examine the tree more closely. It was being watered daily and lack of water was not an issue, the pot was clad in moss and weeds so I cleaned these away and the soil looked reasonable but a little bit compacted and the tree was in need of re-potting. This however still did not explain the full issue, so I examined the leaves and shoot tips and here I found the culprit, mealy bug and scale insect… 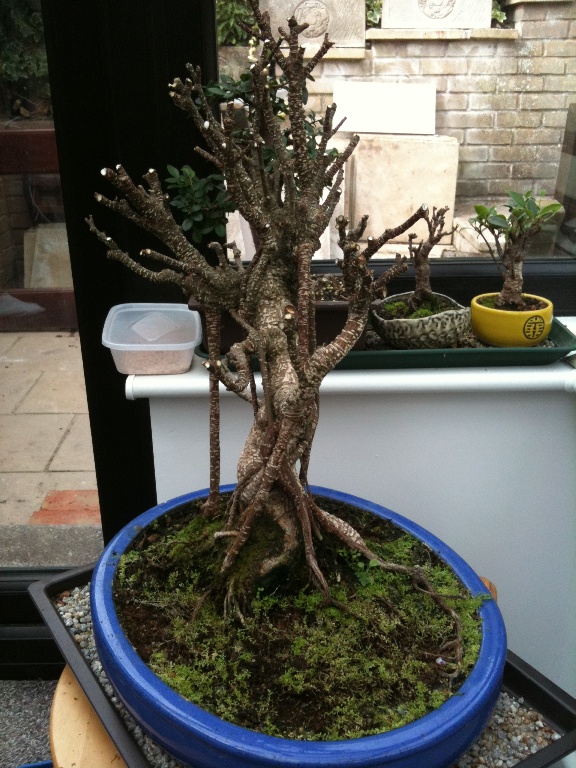 As before this is not new to me with regard to keeping Taiwan Figs and I know that Taiwan Figs are not keen on the use of pesticides like provardo and this can do more harm to the tree that the pest. I have also tried patiently picking the scale insects and mealy bugs off previously on other Figs using cotton buds dipped in methylated spirits but this is not easy when the scale insects are minute and blend in so well with the bright green shoots of the Fig and also are hidden in crevices thoughout each shoot. I decided it was time for more drastic action due to the shear number of mealy bugs and scale insects across the whole tree as well as the potential for the infestation to spread onto my other Taiwan Figs in the same room. I have defoliated in full previously Taiwan Figs with great results and thought that this would remove the pest. I therefore set about cutting off all the leaves, shoots and branch tips leaving only the main branch structure of the tree as in the photo above. 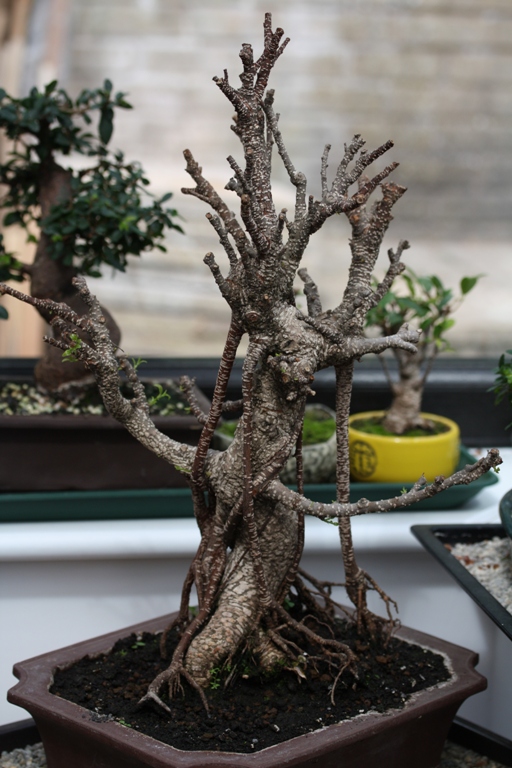 At the same time I re-potted the Fig after washing the roots and the remaining whole tree and placed the tree in a deeper pot without too much root pruning at this stage. I then left the tree to recover and kept watering throughout the rest of June and in July new shoots started to form across the whole of the branch tips. However, due to the very hot weather in July, it was on one day so hot that these tender new shoots got too hot and turned black and shrivelled to my disappointment. I was not sure then at this stage if the tree would try for a second flush of new shoots and to help with this process I started to spray mist the bark daily to aid with this and to try to keep the tree slightly cooler. This proved to be a success and this month there are new shoots forming on the lower branches, less on the higher branches where they formed before but hopefully these will develop with time. 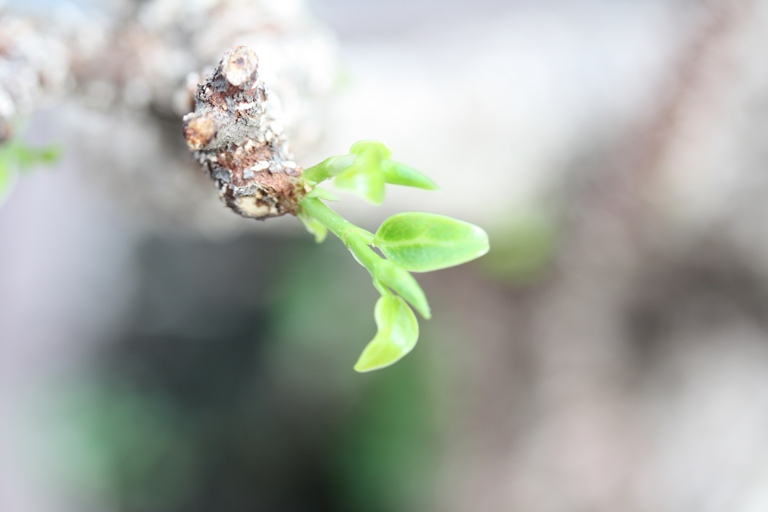 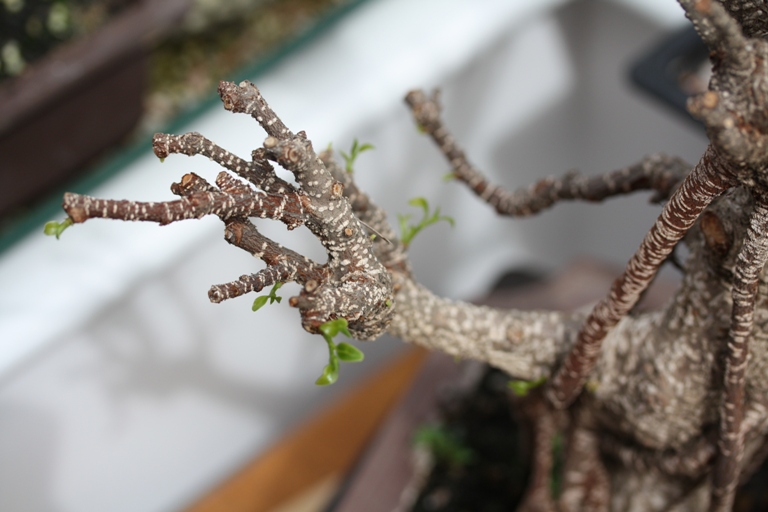 Mealy bugs (Pseudococcus and Planococcus species) are a very common indoor bonsai tree pest and they look like white cottony areas and are found at the base of the shotos and on the stems. They can also be present in the roots and are usually then only seen during repotting. The insects themselves are flattened and oval in shape and are covered in a white fluffy (mealy) wax and they live on the undersides of leaves and in the leaf axils. They are sap feeding insects that explains why the leaves were turning yellow and falling off, as the mealy bug were feeding on the leaf attachments reducing the amount of water and nutrients flows from the leaves to the tree. Mealy bugs also excrete a honey dew which can make the foliage sticky and sooty mould can grow then on the leaves feeding on this honey dew which exacerbates the problems further. One of the best controls if you can get them is ladybird insects (Cryptolaemus montrouzieri) as they help to reduce the infestations. 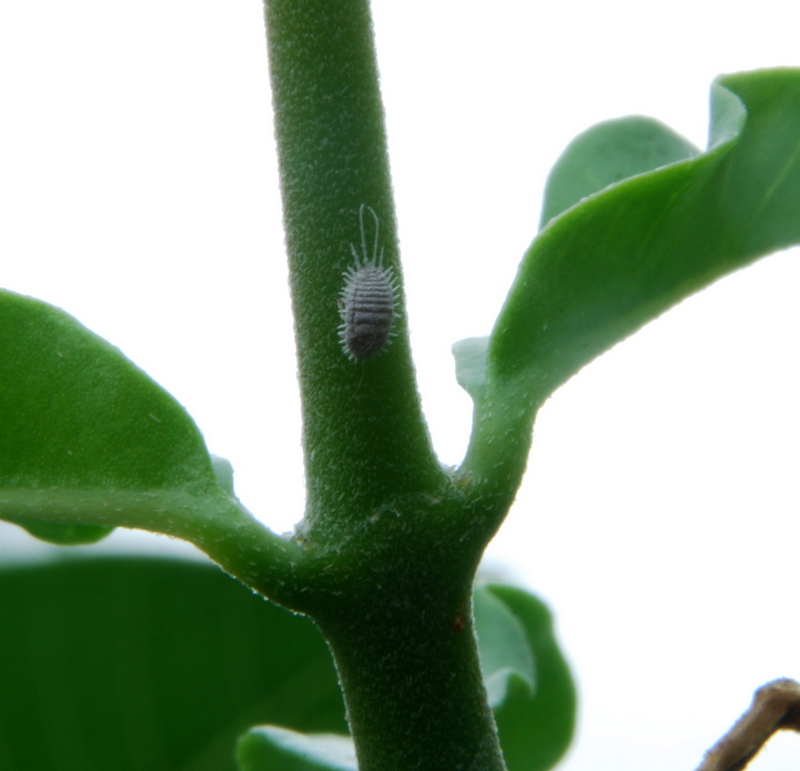 Close up of mealy bug 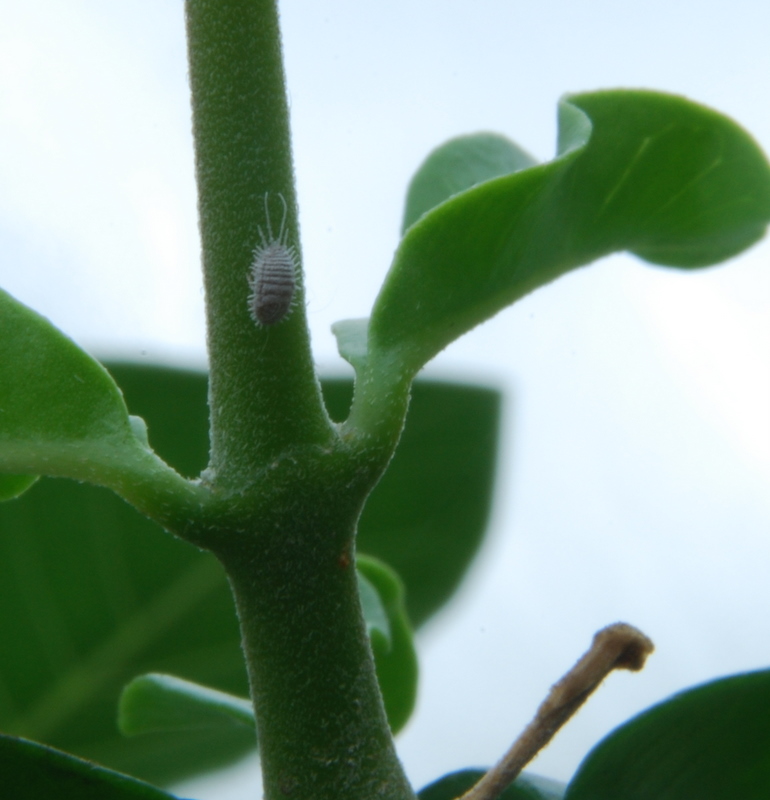 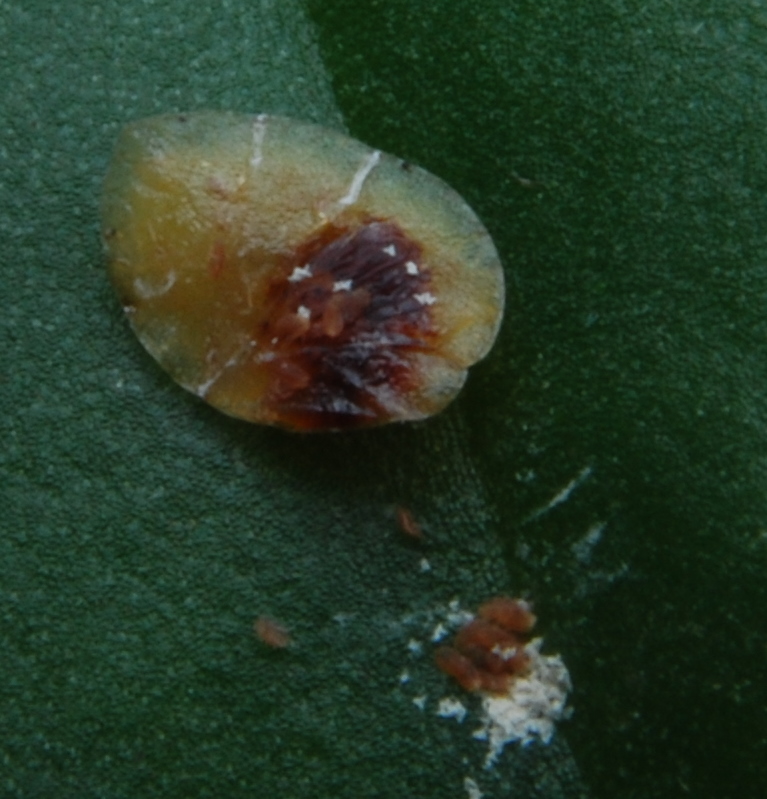 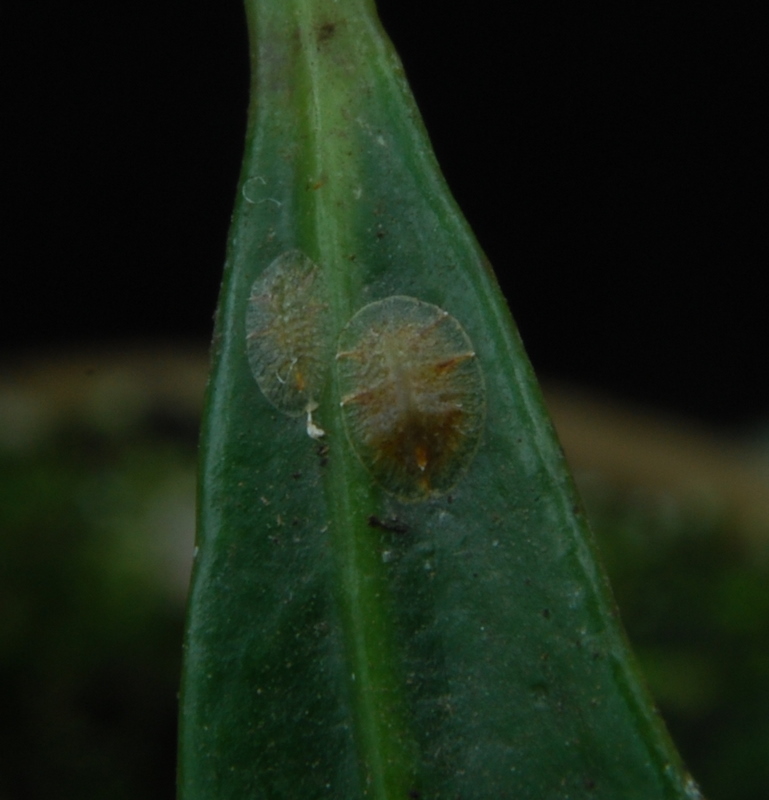 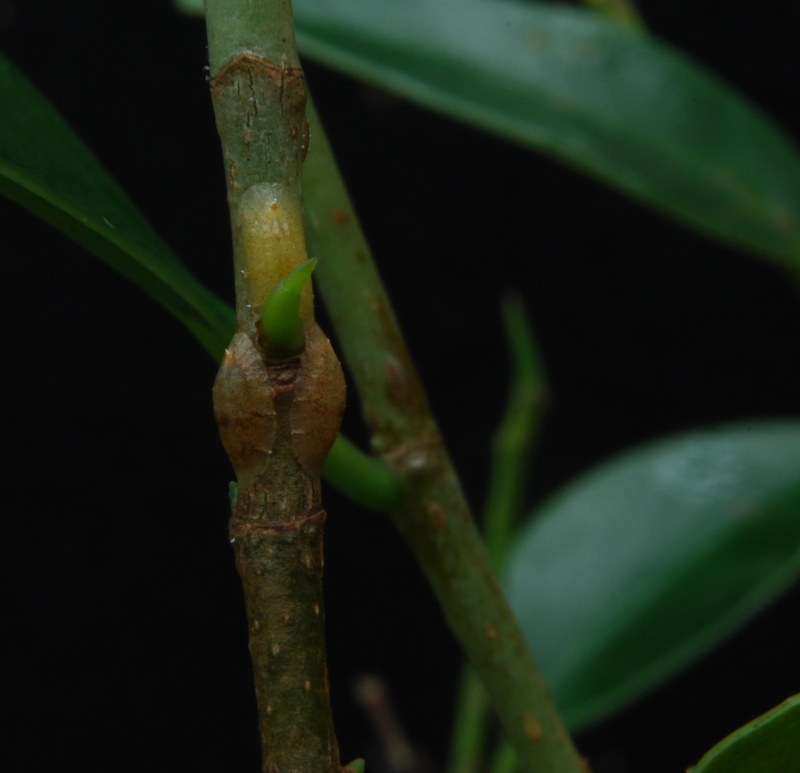 Close up of scale insect

Scale insect is the other very common indoor bonsai tree pest and in Taiwan Figs they seem to come in a range of sizes and colours and blend in so well with either the trunks and twigs or foliage that it is often hard to see them. They are soft bodied insects that reside underneath a protective waxy shell and can look like bumps on the branches. They also leave sticky secretions called honey dew and the juvenille forms are less visible than the adult scale. 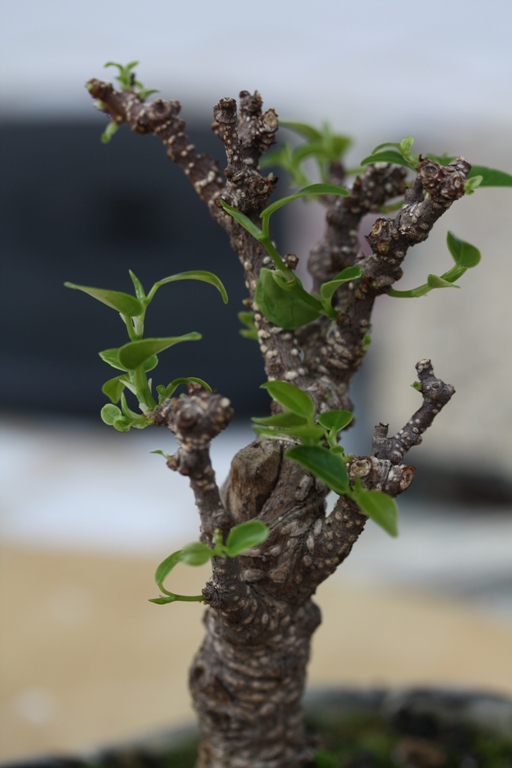 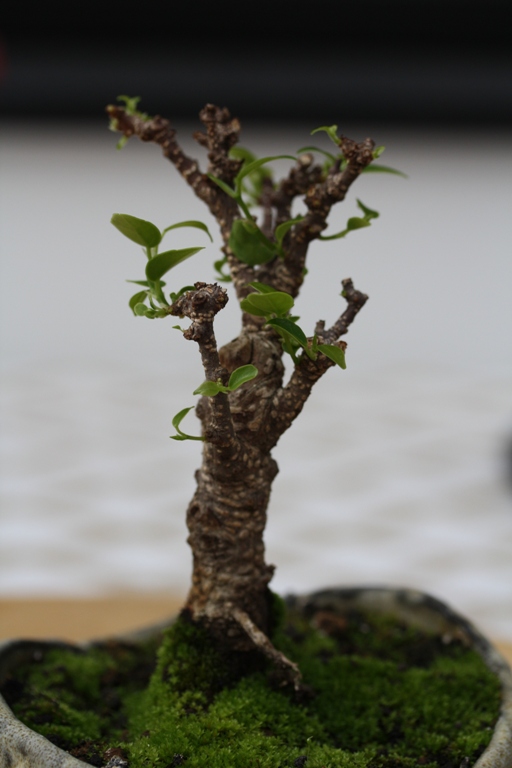 I then after noticing the mealy bug and scale on my larger Taiwan Fig went and assessed all the Figs and found that one of the smaller Fig trees in very close proximity to the infected Fig also had mealy bug so I defoliated this one also. The recovery rate was much quicker and the leaves are evenly flushing throughout the remaining branches.

Here is an update to the Taiwan Fig that I defoliated as well as removed all the branches from only to leave a stump in 2007 following a range of issues described in an earlier post. It has now developed a full crown of foliage and I am still developing the branch structure but maintaining a more compact form. I need to work now on the lower trunk due to it showing inverse taper in this shallow pot and I haven’t decided yet on which option to follow. I could try to graft in new roots as described in Jerry Meisliks book on Ficus as this seems to be a viable option. I could otherwise put the Fig back into a deeper pot and allow it to naturally develop roots higher up the trunk, by planting the trunk below the existing soil level and stimulate new roots to develop by scarring the bark around the trunk at this point and covering it with sphagnum moss, but I am just enjoying it as it is currently.