During the Lodder Bonsai open weekend we were fortunate enough to spend time admiring the bonsai displays that were created by the bonsai association Sho Ryu Kai and meet Daan Giphart and Jos Corstjens, discussing Mame & Shohin. The club was founded by the renowned Japanese master Hotsumi Terakawa, and although he now lives in Japan, he regularly travels to the Netherlands for bonsai. The association continues to invigorate a higher level knowledge of bonsai within the Netherlands, maintaining an impressive number of shows and awards within their membership.

Above are a few examples linked from the Sho Ryu Kai gallery of the members trees and displays and for more details visit their website.

In addition to being incredibly skilled on the bonsai front creating and maintaining so many beautiful trees that were on display, Daan also makes his own bonsai display stands under the Madakobo Studio name, and showed us examples of the inlays he puts into the display tables to match the pot colour or a feature on the trees and he had a few on sale at the open weekend. 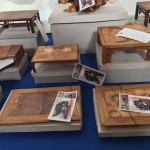 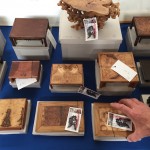 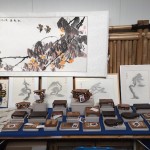 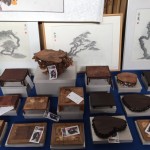 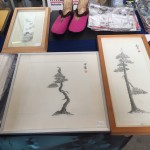 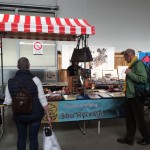