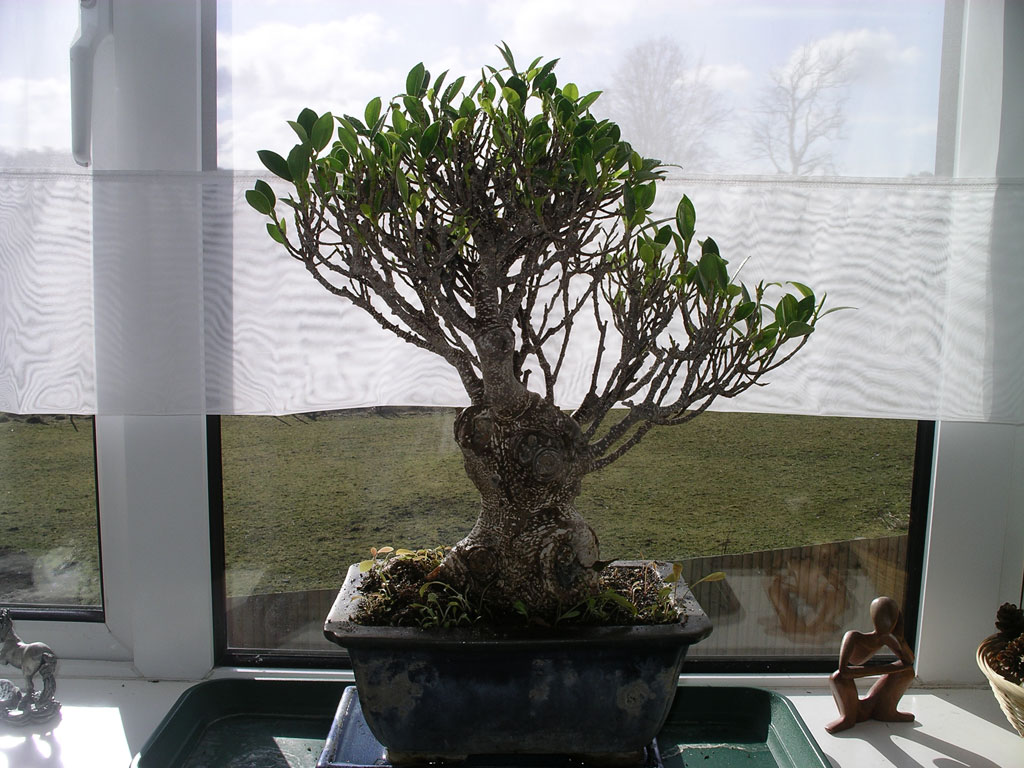 This is the story so far of my first bonsai tree purchase which was a Taiwan fig and to share possibly common themes with others who are just starting out with a bonsai tree and hopefully to encourage them to along the way. The following explains a stage of events from a healthy tree to an unhealthy tree and its recovery. In February 2006 I purchased a Taiwan Fig from Lodders Bonsai nursery in Holland (www.lodderbonsai.nl/).  It was kept in my flat on a south facing window sill as an indoor bonsai and was in good health. By February 2007 my Taiwan Fig was fruiting profusely and very healthy but it was still in its original deep blue pot which made it hard to water as it was tightly bound in pot by roots. So in March 2007 I re-potted my Taiwan Fig in shallower Walsall pot and in order to do this I cut off one large root.  I re-potted the fig in Edo bonsai soil mix and carried out no pruning to canopy at time of root pruning and re-potting. 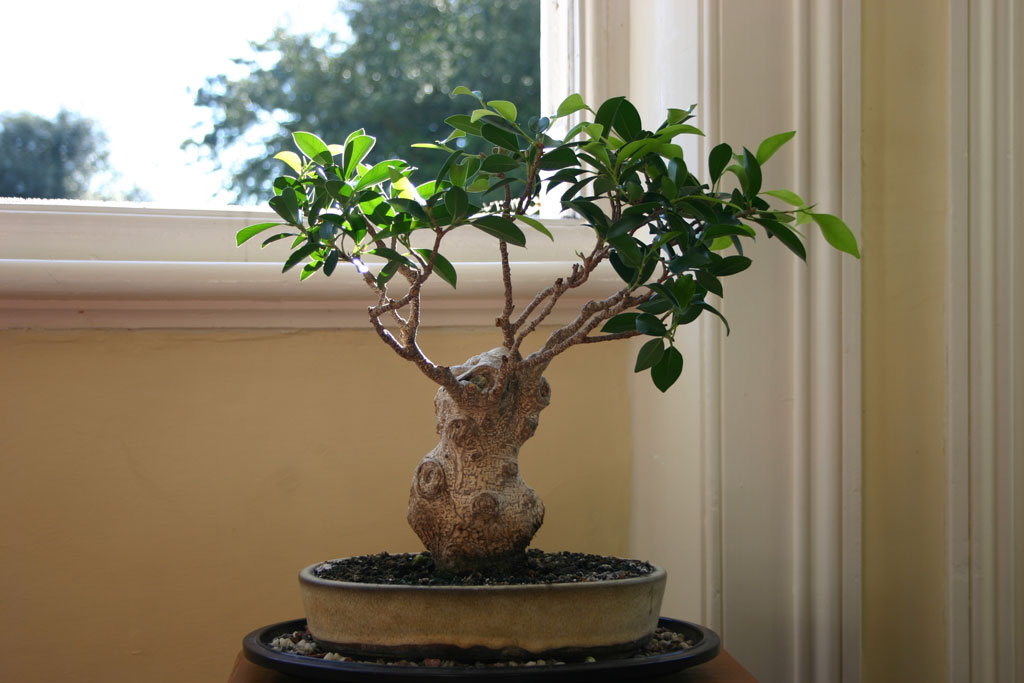 By May 2007 the Taiwan Fig was dying back and the leaves started to dry up, and 50% of tree died off. The cause of decline was due to significant root loss at time of re-potting and no reduction of foliage so still high water demand but less roots to provide water uptake so hence leaf  and branch loss. In December 2007 I cut off all remaining branches and leaves back to the main trunk as the tree failed to re-shoot from trunk with remaining branches. I moved the Fig in April 2008 to a colder room and it started to develop new shoots off the bare trunk. I wrapped sphagnum moss around trunk to aid with recovery and keep moisture levels up to promote root development. 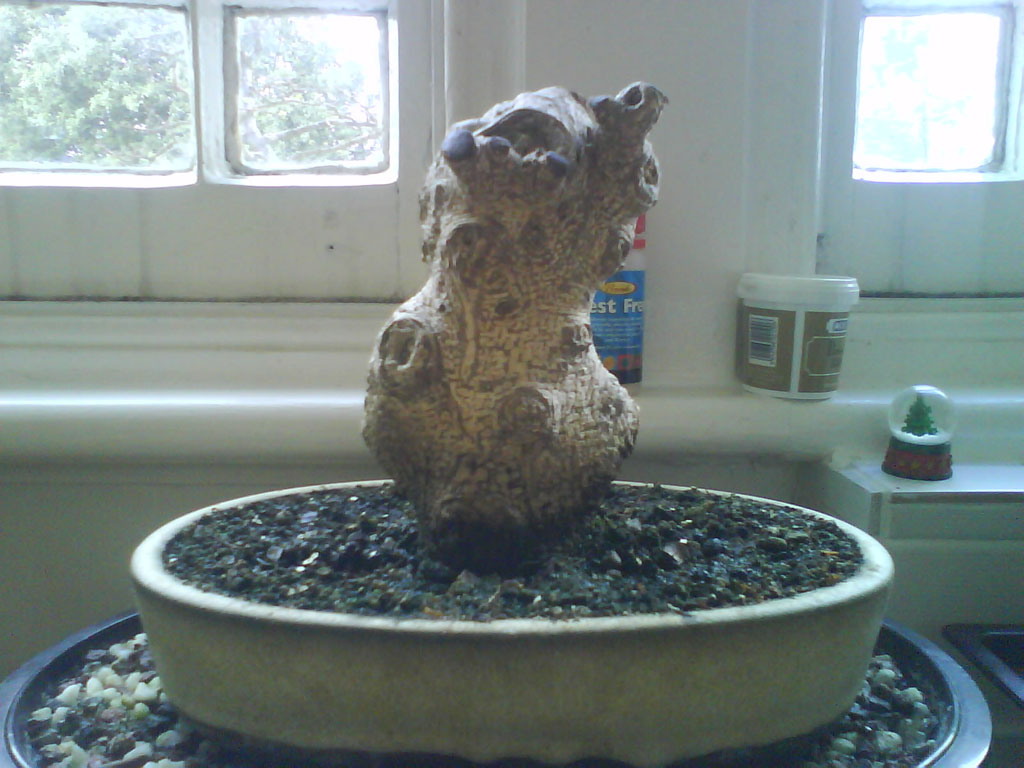 By June 2008 the Fig had put on tremendous new growth and I allowed it o grow without pruning to get new leaves to aid with food production for the developing roots. In August of 2008 I started to thin out some of new branches and shoots and continued to liquid feed and water daily as figs like moist conditions and allowed it to grow more. I continued to thin out more of branches and shoots to start to train a new crown structure again and re-potted back into same pot February 2009 again into edo bonsai soil mix from Lodders  in Holland. 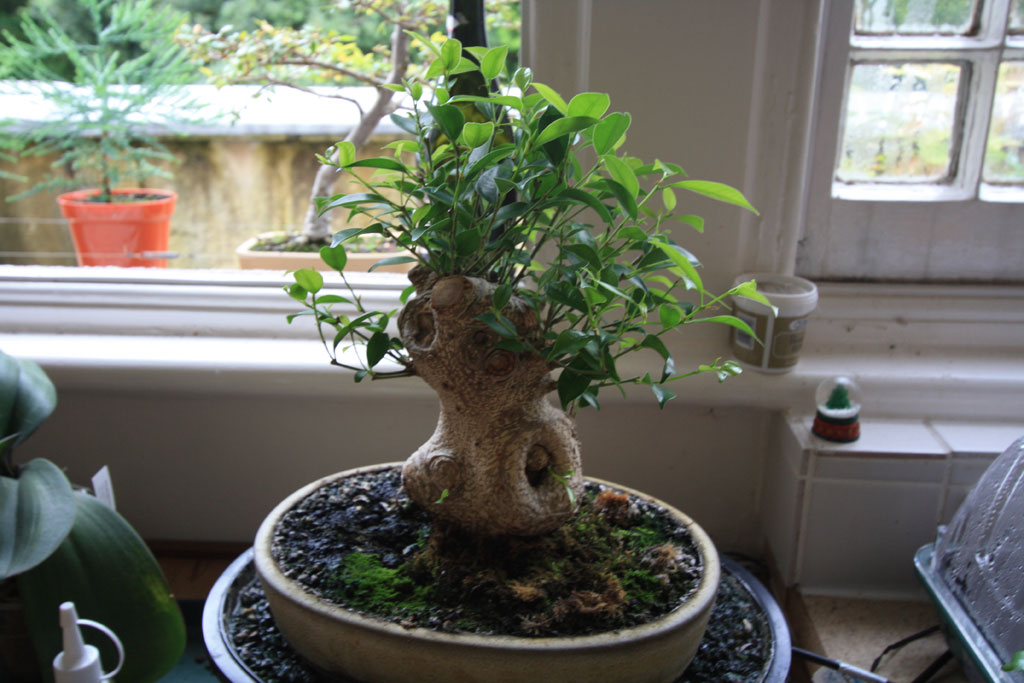 In February 2010 my Taiwan Fig remained in kitchen and new branches developed in a broom style. I continued to prune back new growth to aid with branch thickening. There is still a gap on one side where shoots fail to develop currently at the point of earlier branch loss.  It has continued to develop but I am now trying to get good growth along branches as opposed to all the foliage on the branch tips. To do this I have been pruning out new growth which forces back budding and smaller leaf development. 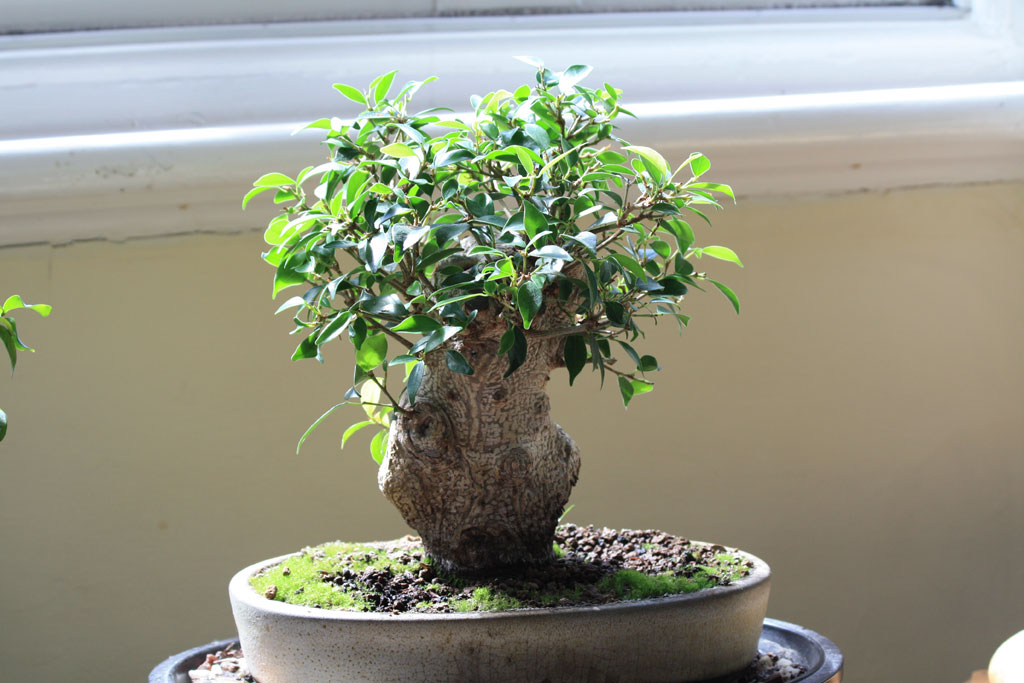 Recovery stage of Taiwan Fig by 2010

Throughout the remainder of 2010 it was developing good branch structure and has currently slowed its growth due to being slightly colder in the kitchen. There is still a lot more work to do but it is good to see progress and have a healthy Fig tree again. It is a long way off from the original tree shape, design and style but I like it now as much as ever. It shows the remarkable resilience of trees and their ability to recover from severe pruning to both roots and branches. I think what aided the recovery was that the tree was in such good health from the start.