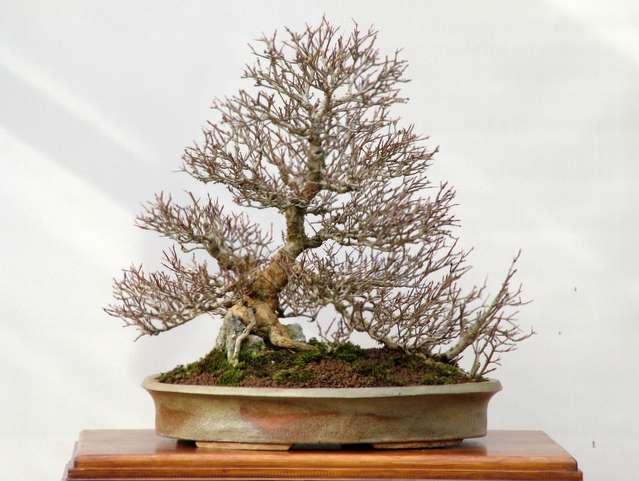 Back in 1989, I was reading book on growing exotic fruits; I was eating a Pomegranate at the time and decided to have a go with some of the seeds. Following the book’s instructions the seeds were put on a plate and left on a windowsill to go mouldy. They were then planted and put the airing cupboard to germinate. Three or four successfully germinated and were then grown on in flowerpots for about a year. The soil was then washed off the roots of one of these seedlings and this was planted in the hollow of a rock that I had previously found. Two of the roots were threaded through small holes in the rock and one root was brought over the front. Then this was all put into a flowerpot and completely covered with soil. Gradually, over several years, the soil level was reduced to expose the roots as they thickened; eventually they split the rock apart. The rock the tree sits on today is the remaining part of the original rock. 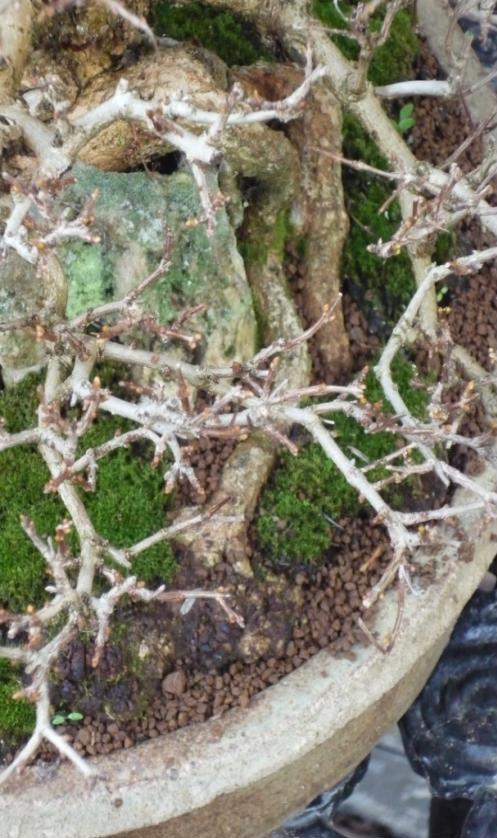 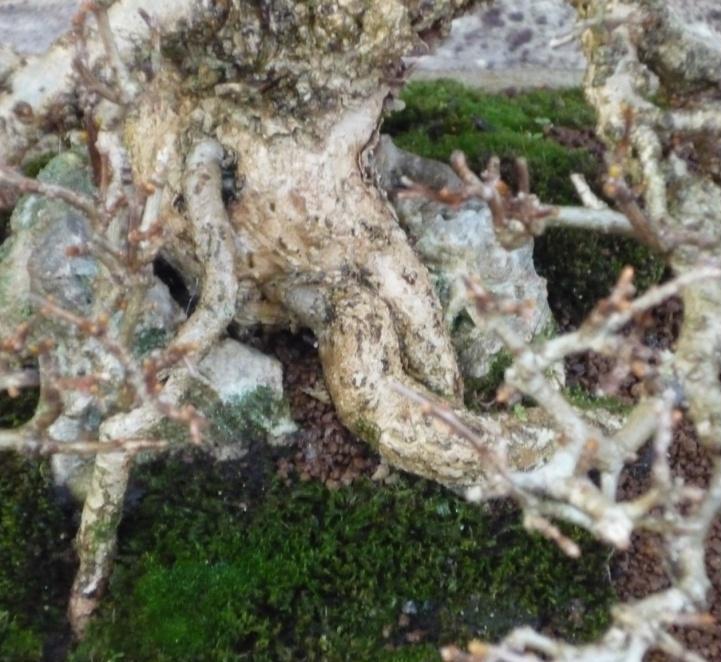 When designing my trees I try to take inspiration from examples in the wild. In this tree I wanted the roots to look as if a sapling had germinated in a pocket in rock and the roots had found their own way out. This is in contrast to the usual Bonsai image where the roots appear to have been poured over the rock. I have also lifted some of the long roots onto the surface; again this is something you see in the wild, pictured below. 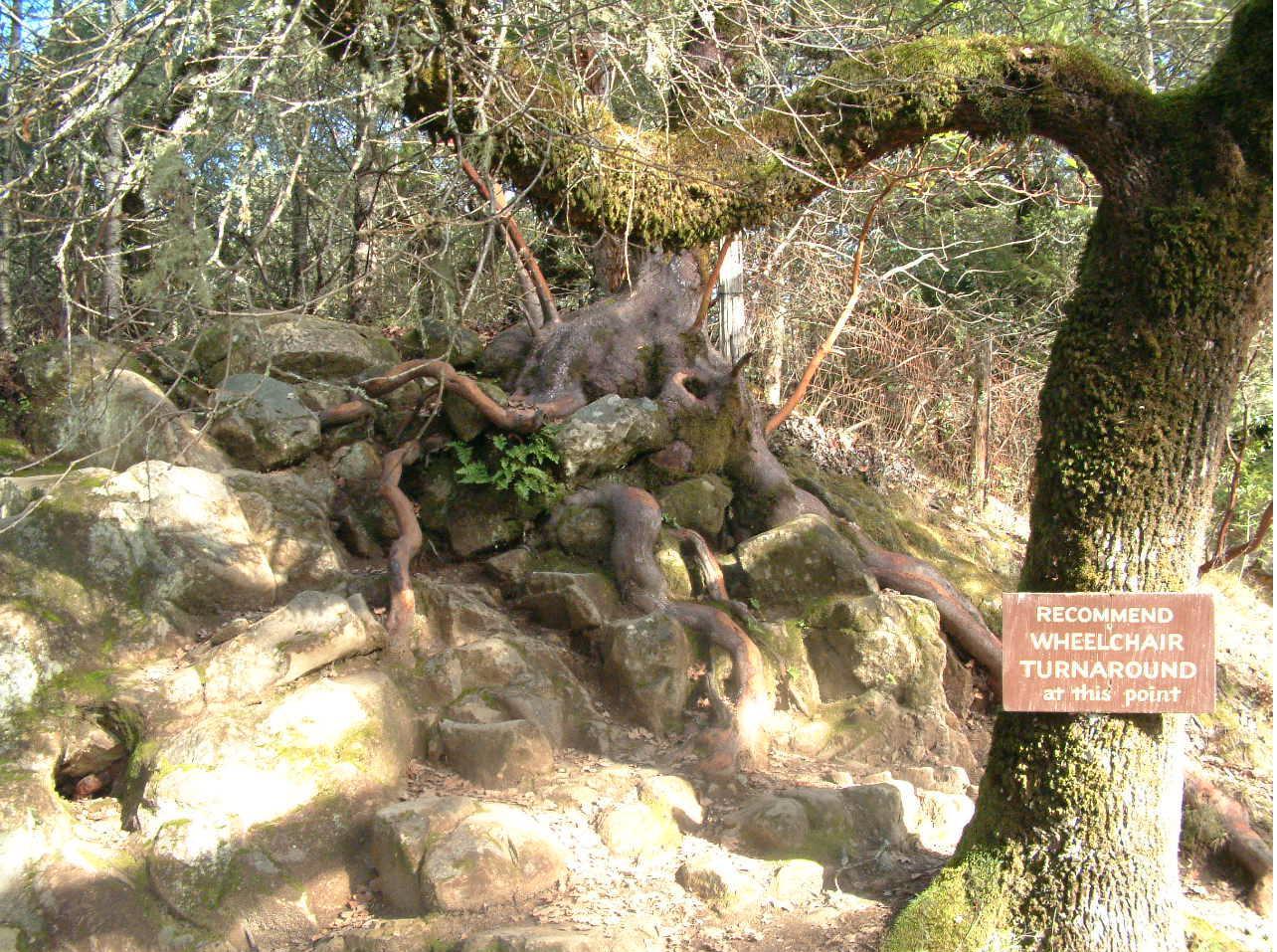 I am trying to introduce a more natural image to my Bonsai however this is not widely accepted. If you follow these ideas on roots and taking inspiration from our own native trees be prepared to receive criticism. One of the features of our native Horse chestnut is that their lower branches often cascade down to the ground, root and form a raft, pictured below. This is mimicked in the rafting seen on the Pomegranate. 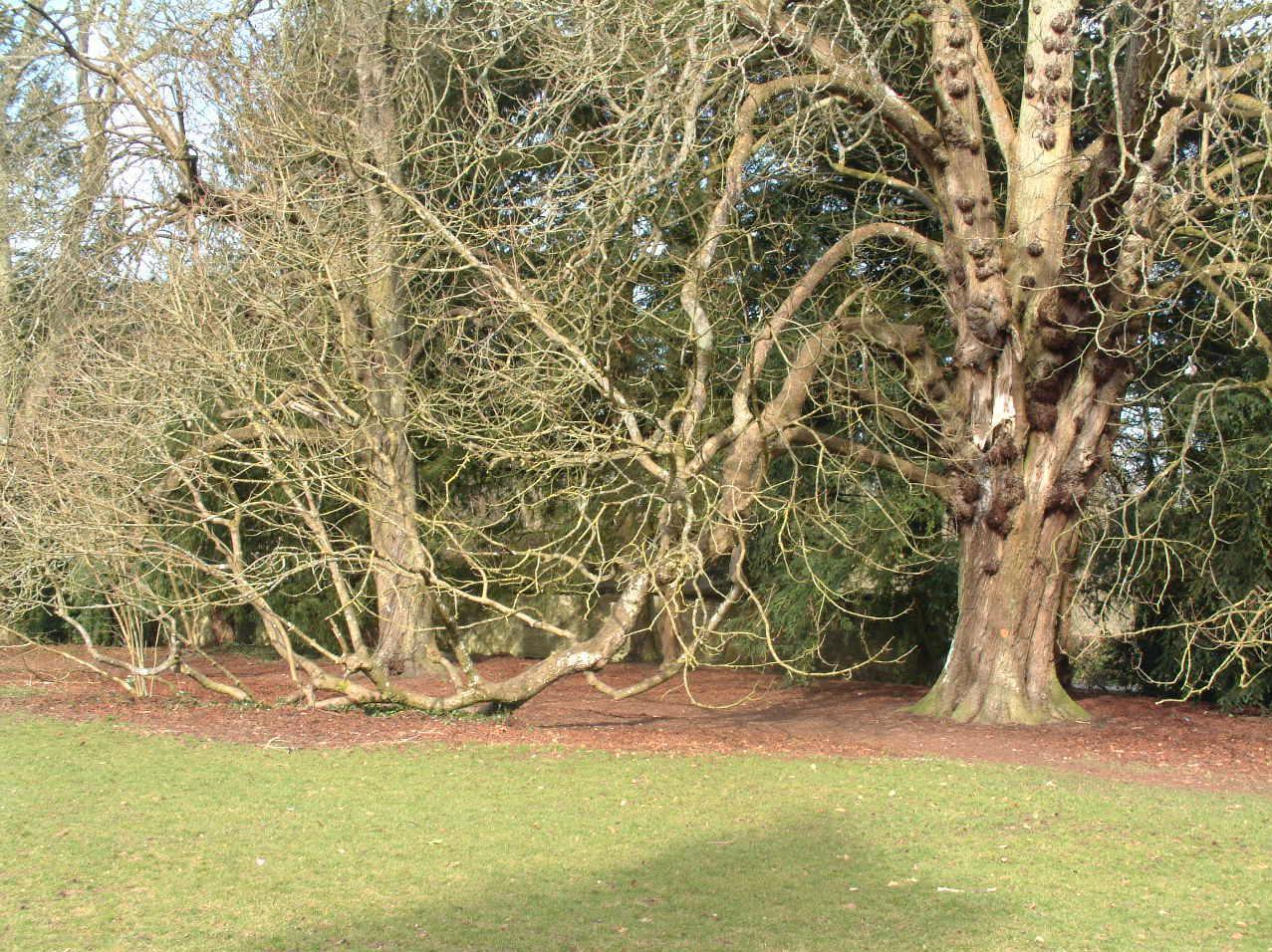 In the early stages I grew the tree strongly with regular heavy feeding (Chempak number two). I also pruned hard to develope the trunk (any prunings will root very easily). After about 10 years I started to wire the branch lines and pinch to form ramification. Each year some side shoots from the trunk were allowed to grow unchecked to thicken areas where required, these would then be removed after one year. Now that the tree is in the stage of fine ramification and shorter internodes are required, I use a low nitrogen feed (Chempak number eight) and feed every watering whilst the tree is in leaf. With increased ramification there is greater leaf density which reduces light to the centre of the tree which if left unchecked will cause dieback. It is therefore necessary to strip leaf away at regular intervals throughout the growing season, starting with the larger leaves. I don’t know if Pomegranates are fully frost hardy; I do put it into a cold but frost free conservatory during harsh weather but try to keep it as cold as possible to prevent it coming into leaf too early.