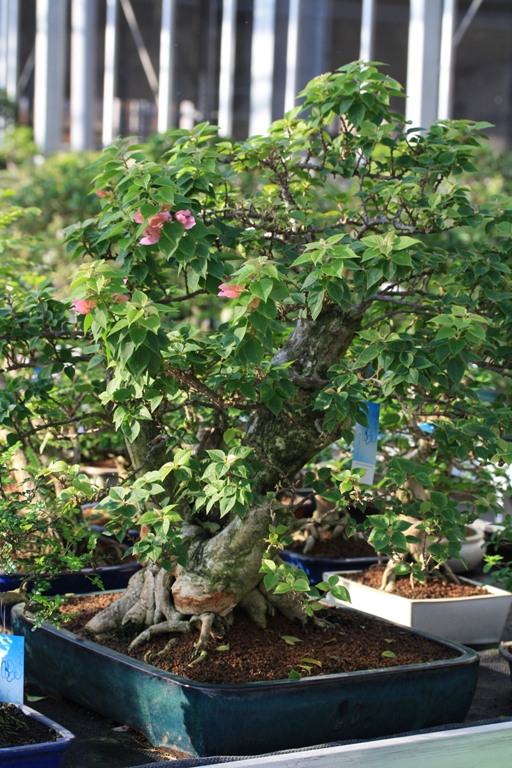 An evergreen plant which is a thorny ornamental vine, bush or tree which is originally from South America and can sometimes become deciduous if kept warm over winter or kept too moist. They are very decorative plants with attractive flowers from scarlet to lilac in colour. They have thorns that are tipped with a black waxy substance and the leaves are alternate and simple ovate-acuminate. 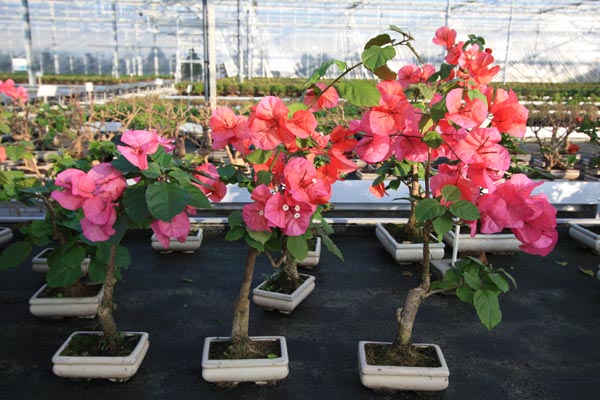 To ensure flowering the Bougainvillea will need to go through a period of dormancy at a low temperature before flowering but not exposed to freezing temperatures so keep below 18 degrees Celsius during winter but above 10 degrees. The flower part is actually very small but it is the surrounding papery bracts that provide the distinctive colour and show off the plant to its full advantage. 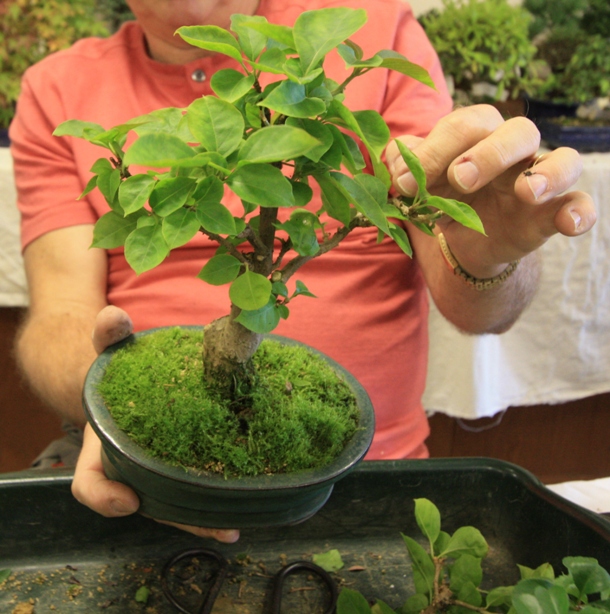 Prune in later winter or early spring just before growth begins. They flower on the current seasons growth. Usually flower better when roots confined. Pruning to shape the crown can be carried out before or after flowering but to avoid pruning off flower buds pruned otherwise after flowering to set the shape for next years flower display. If you prune too heavily you will increase foliage density at the expense of the flowers but this depends on the final image you want. Wire during the growing period. 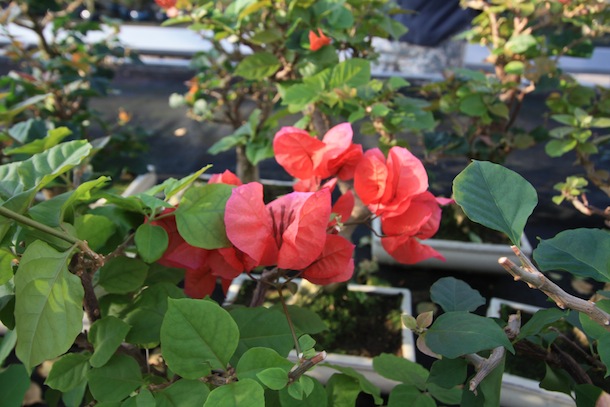 Feed whilst in flower and throughout the Spring and Summer. 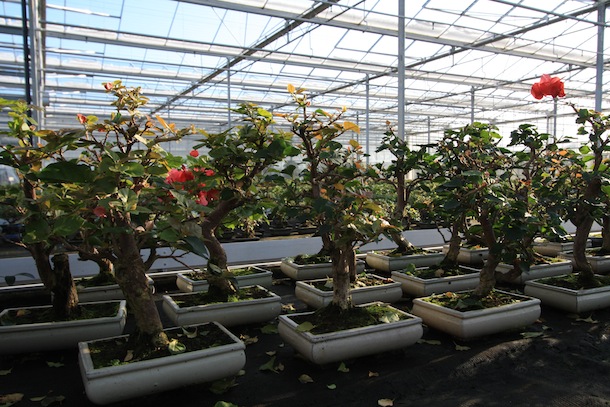 They do not tolerate severe root pruning so shortening of main roots and larger roots should be kept to a minimum and done after flowering. Continue to sort out the root system over a period of repotting seasons annually if the roots need to be developed or improved. Repotting is therefore carried out in early Spring. 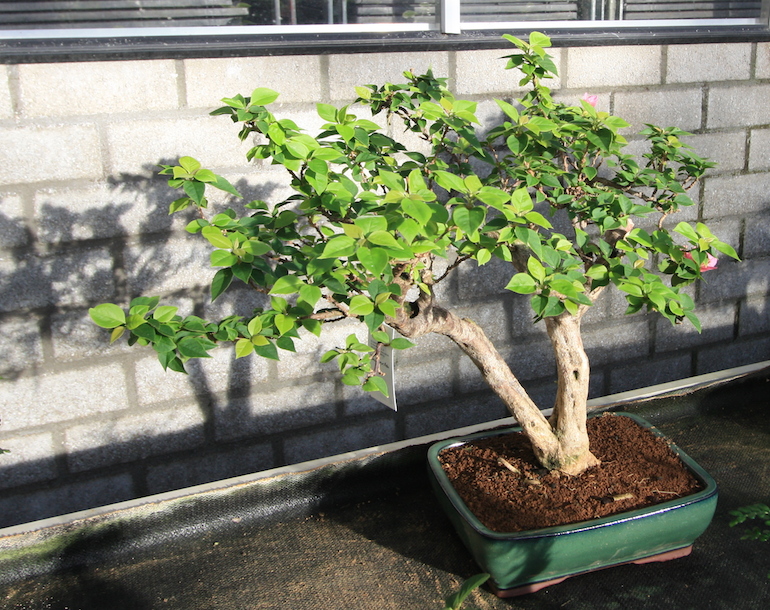 Protect from freezing temperatures and frosts. Water frequently whilst flowering and soil can dry out before watering as roots not needing to be kept moist at all times. It grows well in sunny positions but avoid placing in full sun if grown in partial sun and introduce gradually to full sun to avoid leaf burn. It is a species that given it’s origin can be kept indoors in the UK to maintain a constant and warmer growing temperature and some forms are tropical while others are more temperate. 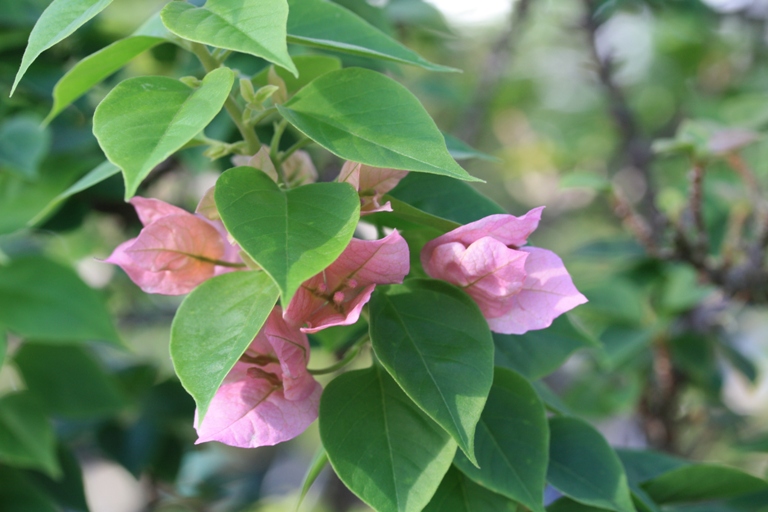 They are generally pest free but can suffer from aphids and some caterpillars. 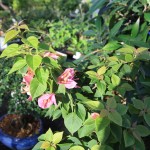 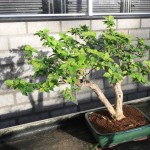 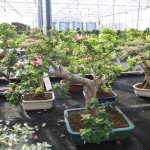 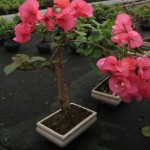 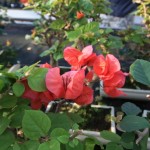 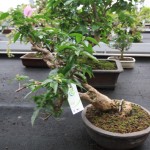 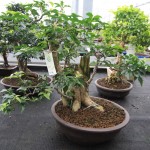 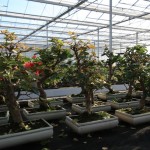 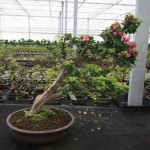 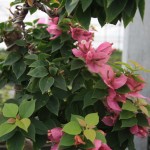 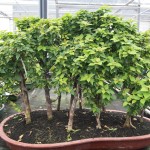 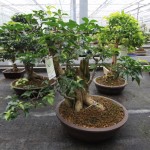 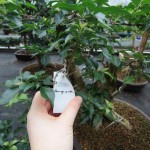 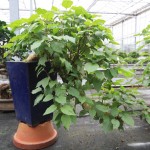 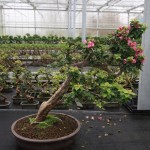 Bougainvillea can be sourced from garden centres, specialist plant growers and bonsai nurseries, they have a range of both tropical and temperate Bougainvillea available at Hoka-en Bonsai Studio which is the source of the majority of photographs in the post. 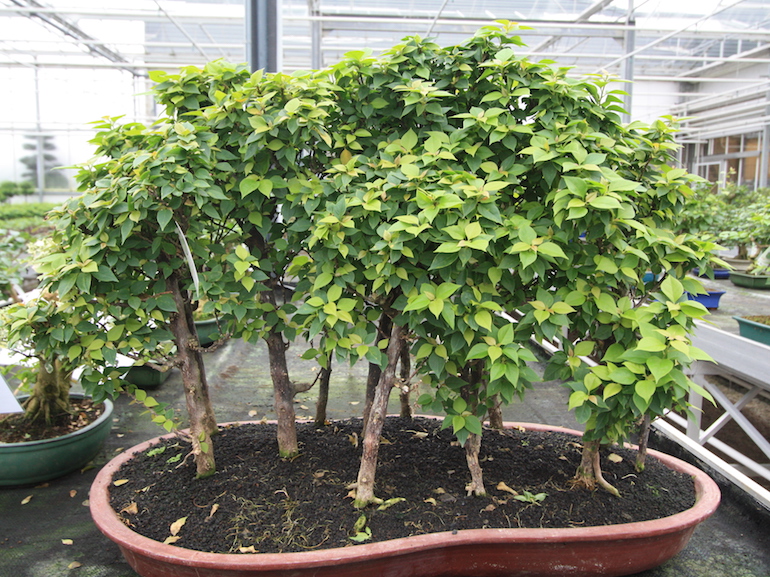