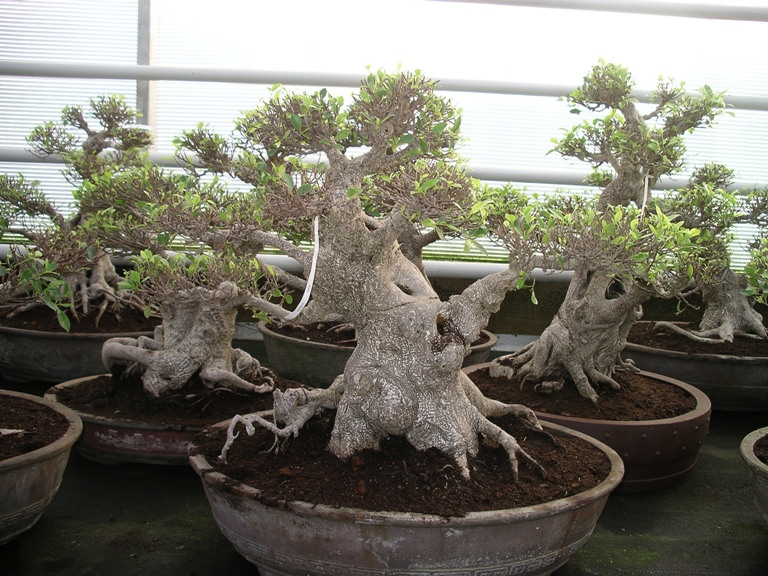 Within the UK, most bonsai enthusiasts keep outdoor bonsai trees and by this I mean they keep species of trees as bonsai that are acclimatised to the weather conditions of the UK. Native species of trees are frequently used as well as more hardy non native trees that make excellent bonsai specimens. 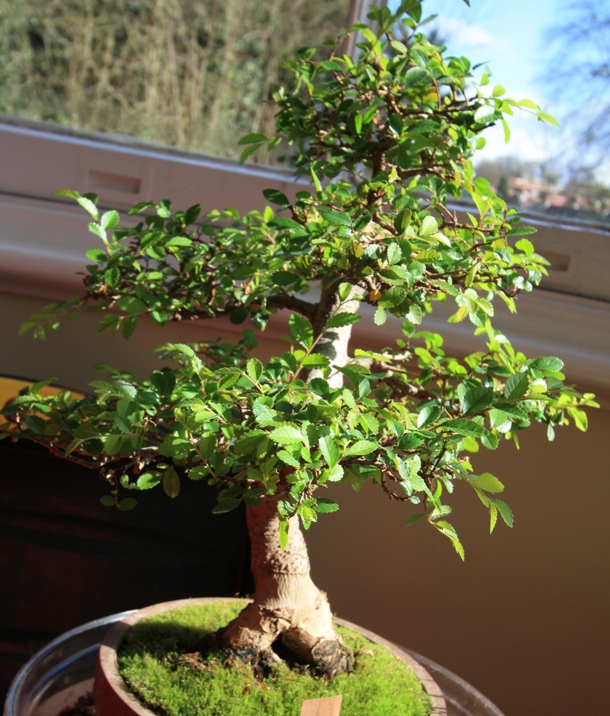 Bonsai trees then for the majority are kept outdoors, but certain tree species need to be kept indoors in the UK or in a warmer location throughout the year. The reason for this is that these species of tree require warmer temperatures or a more consistent temperature all year round. They are sometimes referred to as tropical or sub tropical trees due often to the fact that they originate from tropical locations with higher temperatures than in the UK. I am one of a growing group of bonsai enthusiasts that keep the more tropical or sub tropical varieties of tree species in the UK and thus keep some of my bonsai trees indoors and some outdoors depending on the species. 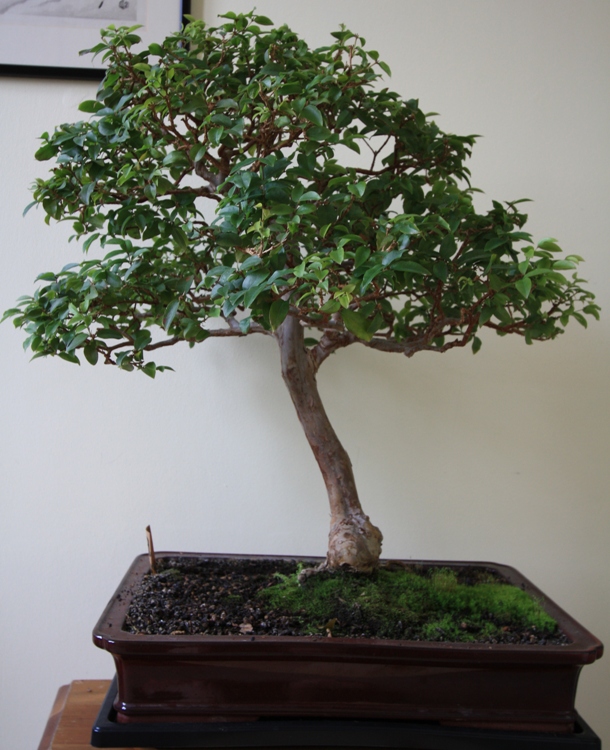 Each species of tree has its own requirements for temperature and as a rule the optimum temperature for tropical (*) indoor bonsai trees during our winter is between 180C and 240C and they should not be allowed to go below 160C as this will potentially cause them to decline and die. The temperature range is slightly lower for sub tropical (**) species between 80C and 220C and again they should not be allowed to go below 60C. During the summer months in the UK, you can put your tropical and sub tropical bonsai trees outside but ensure that they are out of the wind and drafts and not in bright sunlight as they will not be acclimatized to this. I do not tend to do this but I do ensure that the area where they are kept indoors is well ventilated to ensure they maintain a good level of fresh air circulation which is important to reduce any mould or mildew occuring. I also have found that some of my indoor bonsai once they have settled in their location are not keen to be moved about, symptoms to look for are yellowing leaves and a general dullness of foliage colour and where possible try to leave them in the position they like where they grow well. 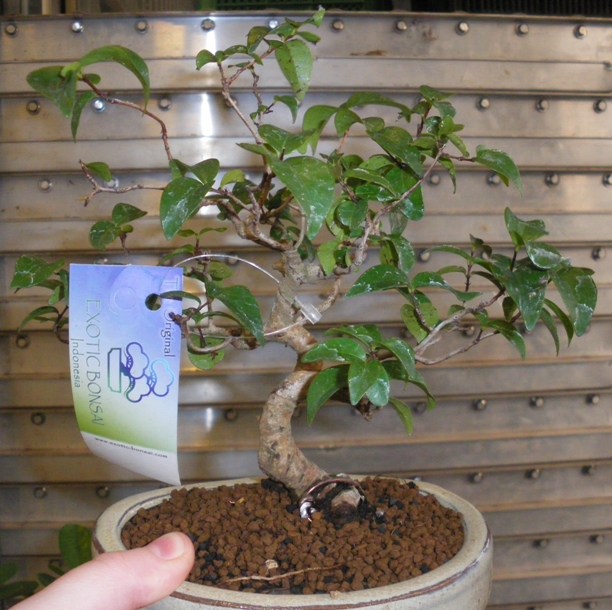 I keep a range of tropical and sub tropical species including Chinese Elms, Figs, Jaboticas and Eugenia’s to name a few. They are great fun and very rewarding and by keeping tropical species of trees which require warmer conditions, I am able to have some of my bonsai trees inside which is sort of novel. They also provide year round interest as most species are evergreen or semi evergreen and retain their leaves all year. The one draw back is that they constantly shed leaves and replace them so leaf drop is on going and quite normal. They can even shed all their leaves though if the conditions change like a drop in temperature or drying out (common with Chinese Elm) but they will soon put out a new flush of leaves. 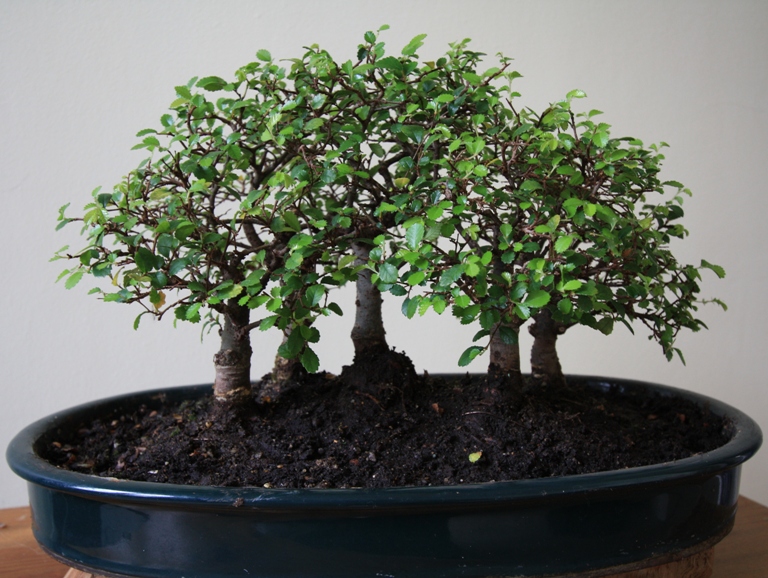 The most common bonsai trees kept indoors in the UK are:

This list however keeps growing, as more species of trees and succulents are being used for bonsai in the UK and I am currently experimenting with Baobabs as bonsai and have started some seeds off indoors and they are doing well. The main pest and disease issues I have experienced with my indoor bonsai trees has been that of scale insect and mealy bug and more recently mildew as the humidty levels were too high. Other common problems include white fly, woolly aphid, red spider mite, leaf spot, sooty mould and root rot. My preference is not to use chemicals but provado is a brand name that I have used for continued infestations of mealy bug and seems quite effective when all else fails. I know from first hand experience though that Sageretia is very prone to white fly and Serissa’s do not like to be moved, and I have heard them refered to as ‘the tree of a thousand deaths’. 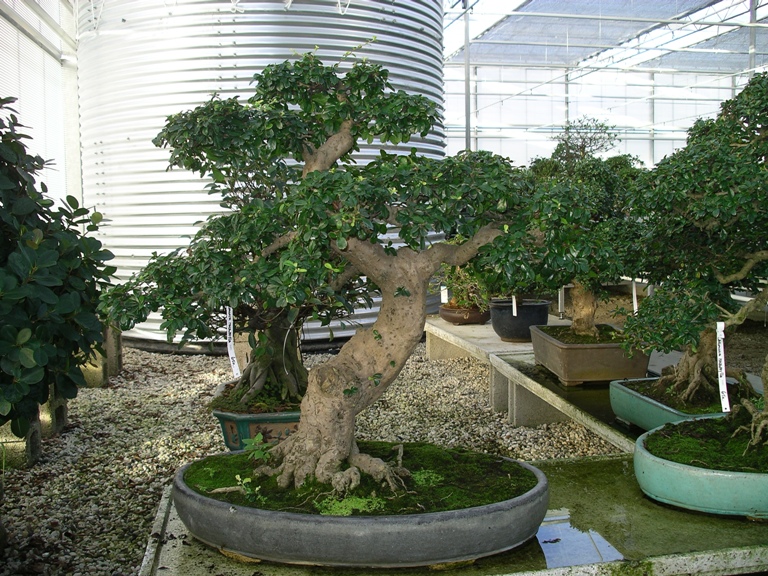 The general care and maintenance of indoor bonsai trees is much the same as those kept outside, with a few exceptions. Watering is more crucial as the trees tend to dry out quicker in a warmer environment so they will need more frequent watering. Humidity levels are important so grit trays or water trays should be used to aid with increasing humidity levels. Position of the bonsai trees indoors should avoid direct south facing windows unless they are not in full sun as this can be too intense for the trees potentially but they will need good light levels and this can be achieved with artificial light if necessary. 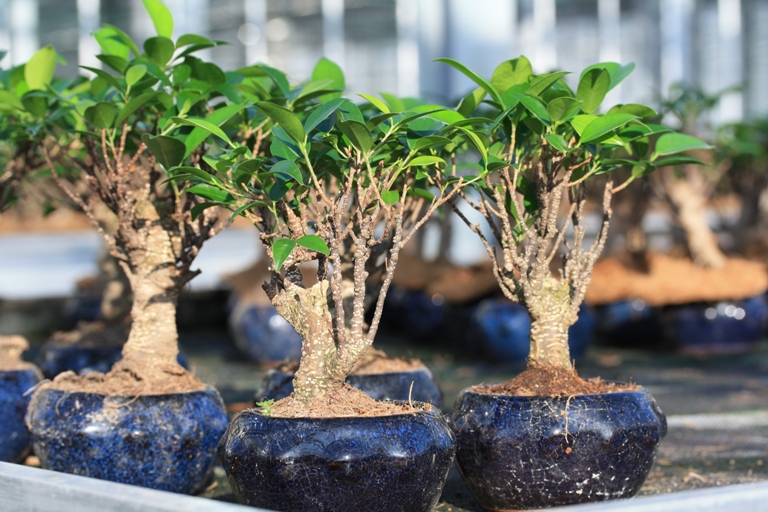 Feeding as per usual feeding regimes applies and will vary with each different tree species. I find that they also require more regular pruning as they tend to grow very well in the warm conditions which gives you lots of practice for pruning and shaping. If you find that your bonsai tree is not thriving in its indoor position examine why. If the leaves are wilting, drying up then you are under watering and can also be over heating, while if the leaves are yellowing and not growing, this is due to over watering and too cold conditions. If the leaves are sparse with long sections between leaves and the twigs look spindly, this is due to lack of light. 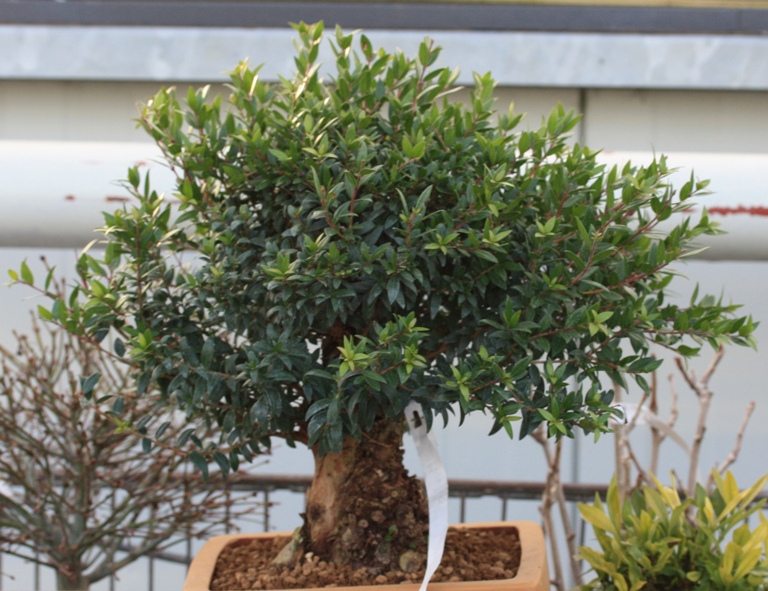 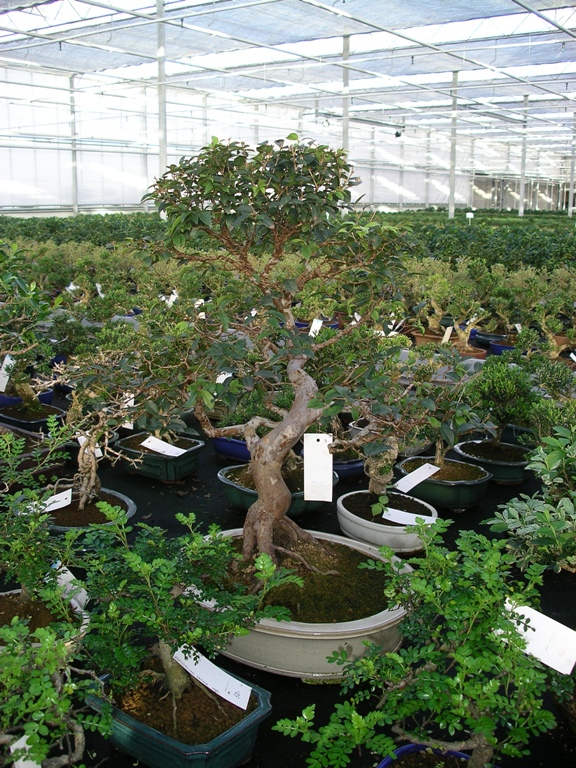 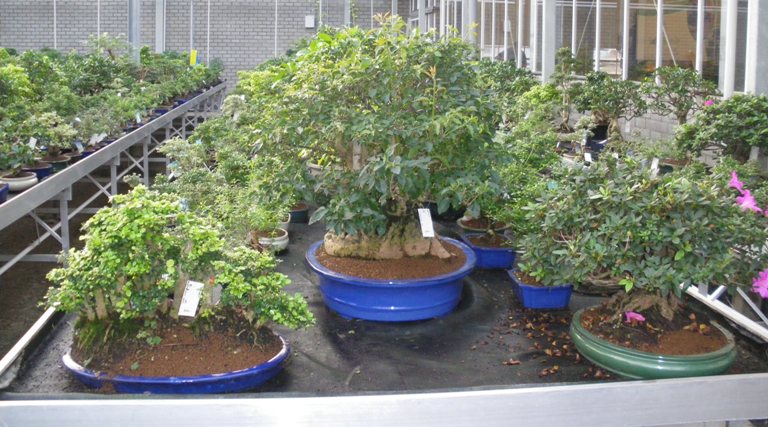 There are many sources of indoor bonsai trees and here are a few I have been too: 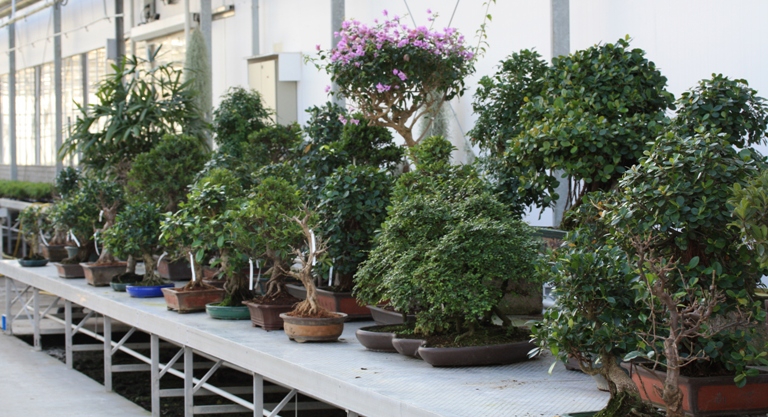 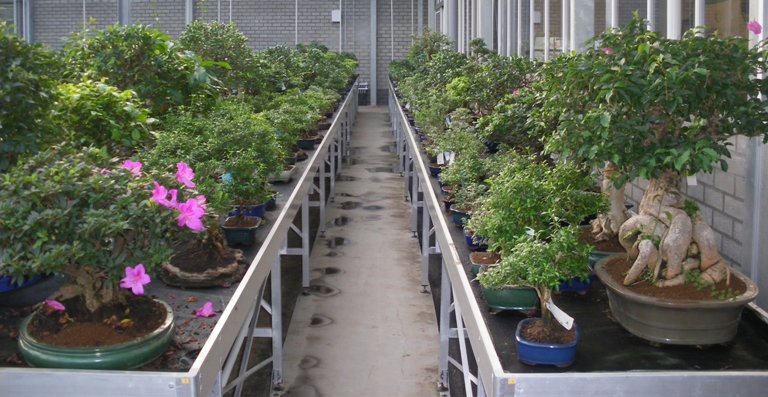 The following books are also a good source of information on indoor bonsai care and each of the species:

So if you have a light warm space indoors, think about having a tropical bonsai tree or two….