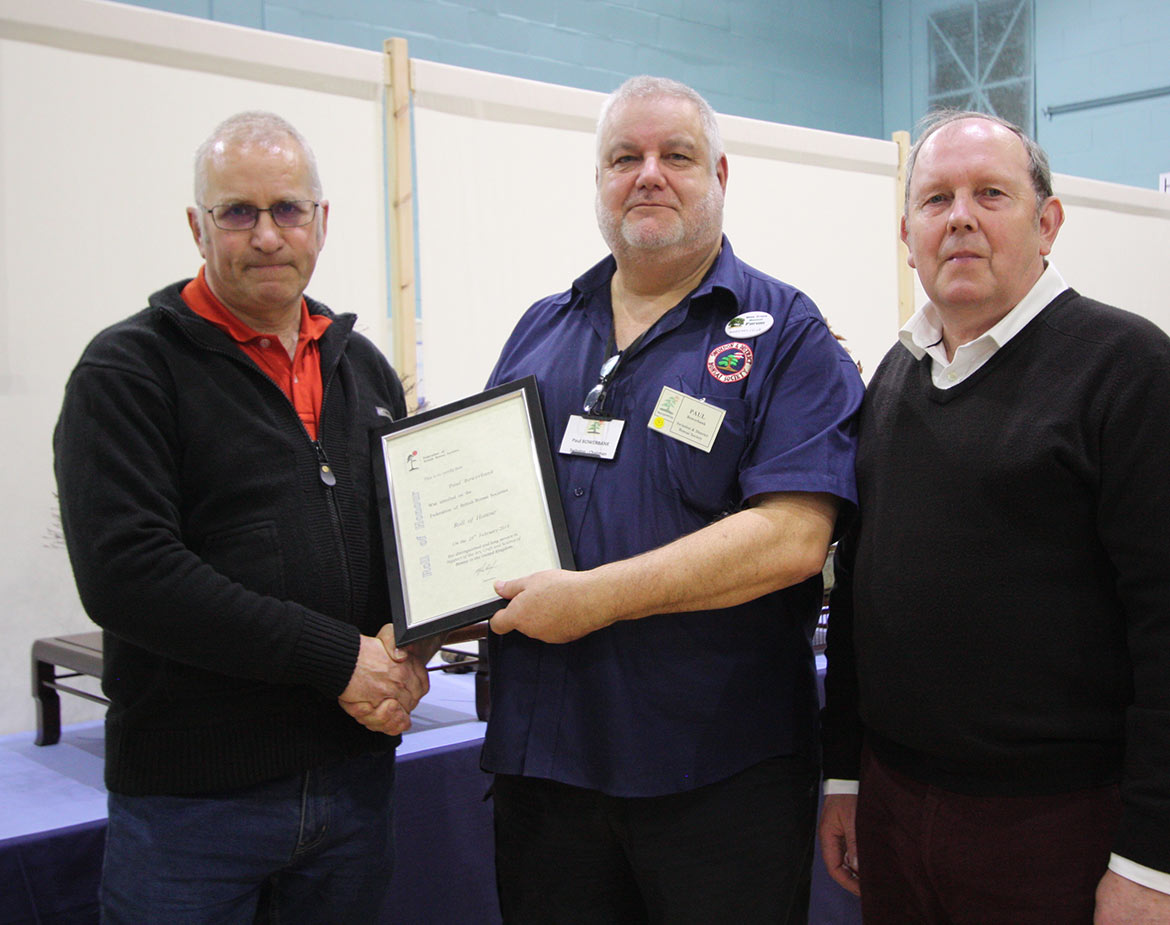 Paul Bowerbank is our Chairman for Swindon and District Bonsai Society and he was given an award and named on the Federation of British Bonsai (FoBBS) Roll of Honours for his dedication to promoting the art of bonsai.

He works tirelessly to promote not only Swindon and District Bonsai Society but also bonsai as a whole. He is a very active member on forums like wee trees offering advice and guidance plus facebook social networking with fellow bonsai enthusiasts. He has a large collection of bonsai and had two of his larger bonsai trees on display at the show. He has a jovial personality and is always willing to help other club members on styling and developing their own bonsai trees on club nights. 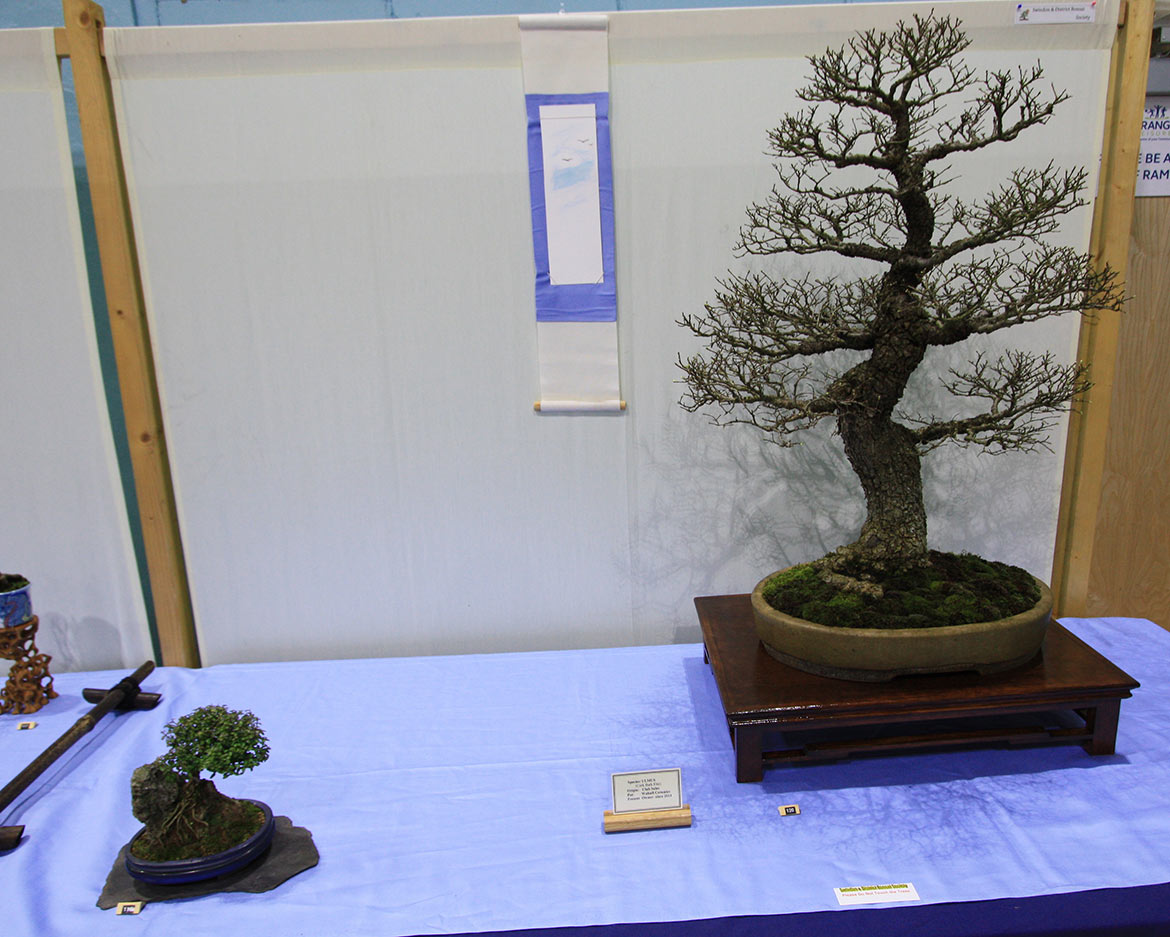 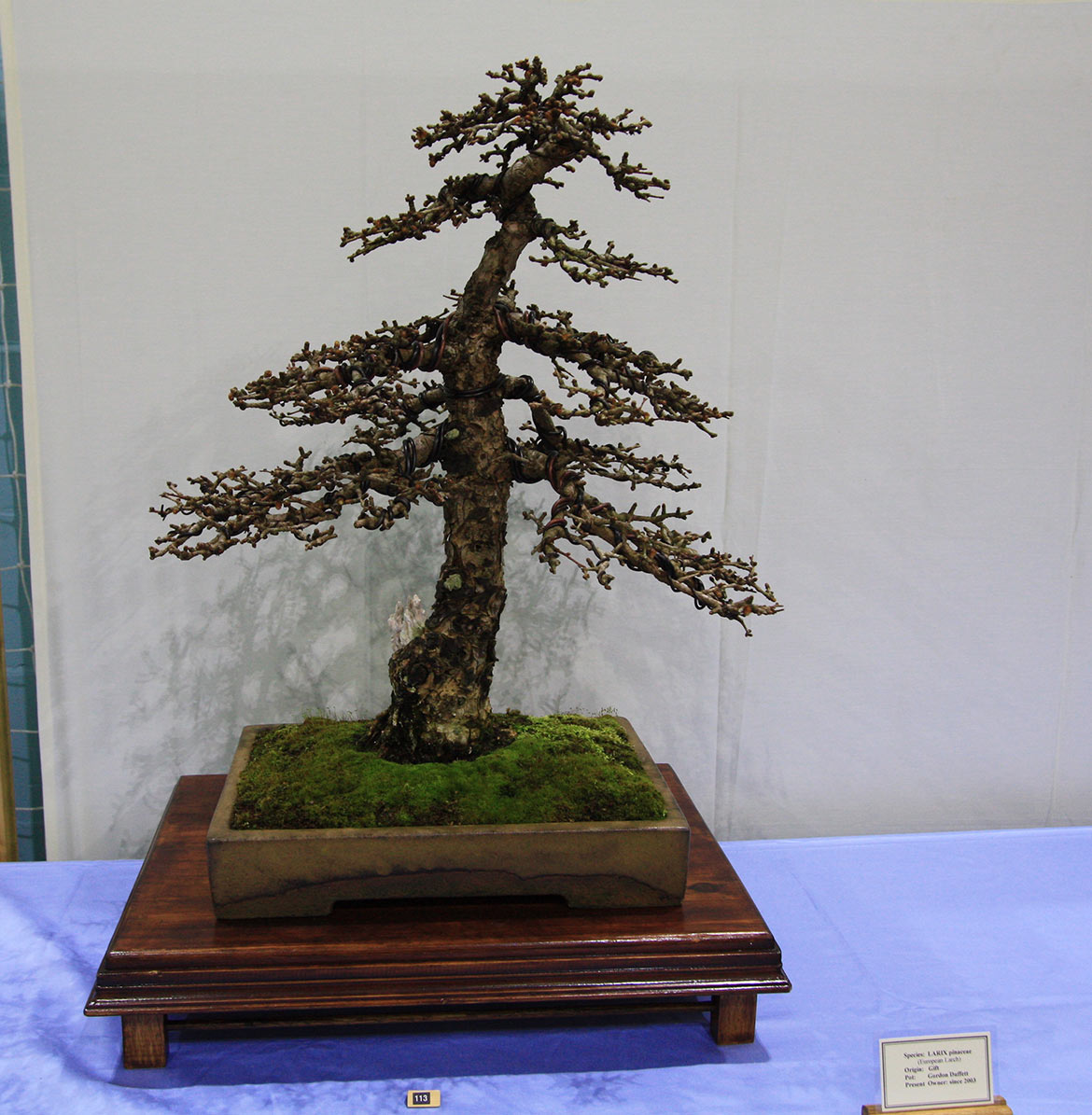 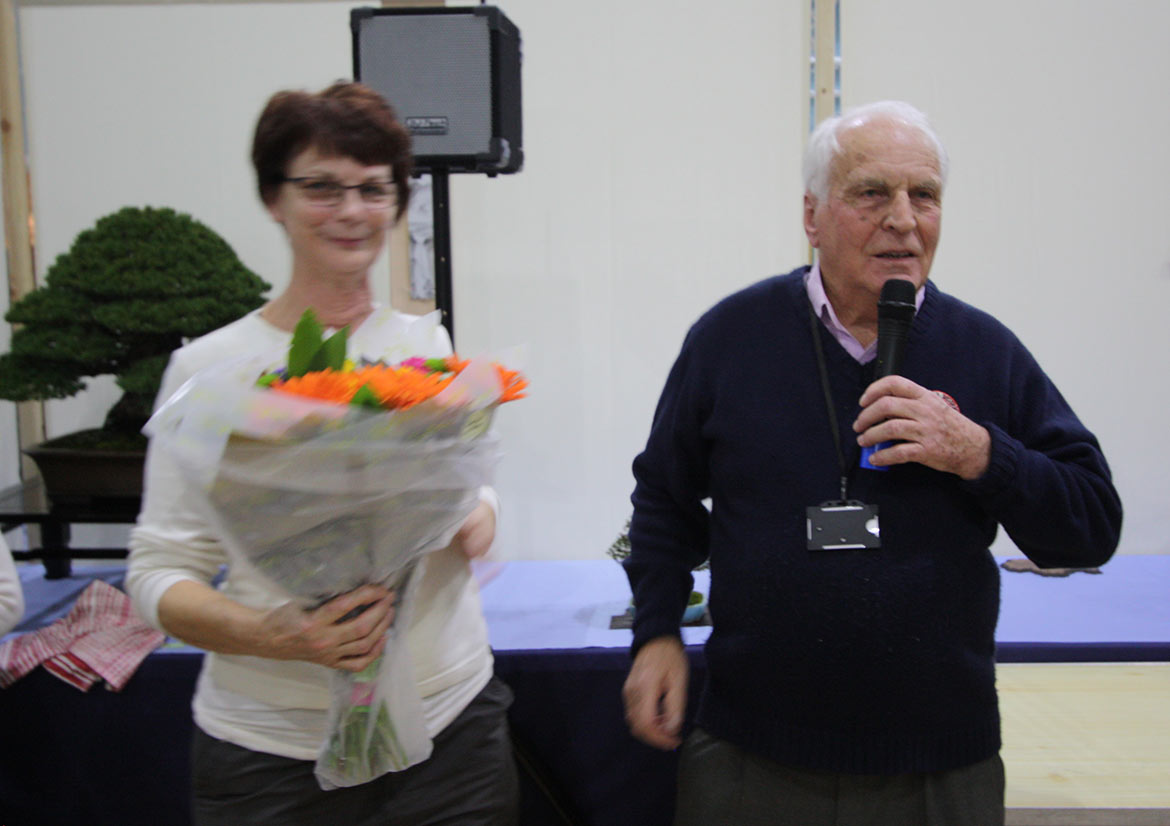 So thank you Paul for all your hard work and also your organisation for the club as a whole and the massive input you and Moira put into making sure the Swindon Winter Image show is a success year on year.